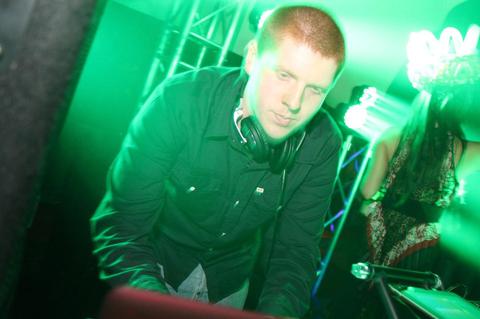 Austin, Texas resident DJ/Producer/Label Owner Andrew Parsons first emerged into the electronic music scene at the ripe age of fifteen as a Trance and Progressive DJ. Praised for his flawless mixing and highly select blend of Progressive Trance, Progressive House, Tech House, Minimal, and Electro, this up and coming superstar will blow your mind and rock the dance floor. With his cleverly melodic, bass-driven production work, the tracks and remixes of Andrew Parsons, also known as ìAirglow,î have been signed by some of the worldís top labels like Perfecto, Armada, Electronic Elements, Jigsaw, and his own RealMusic Recordings.

With initial influences stemming from the acclaimed works of Oakenfold and Tiesto, Andrew Parsons made his first mix tape in April 2002. After hearing the tape and finding his track selection impeccable, Jon Love of former Orgasmic Entertainment placed Parsons on the lineup for his first gig at Dynasty, held in May 2002, opening for stars like Timo Maas, Richie Hawtin, and DJ Micro. His next big break came in August of 2002 when he was offered two substantially significant spots playing for The Electric Daisy Carnival 2 and Zen Fest 2, where he was the only local allowed to rock it on the main stage with high profile DJs like Adam Freeland, Seb Fontaine, Bad Boy Bill, DJ Craze, George Acosta, and more. Since then, Andrew Parsons has held several residencies at clubs throughout Texas, including Karma Lounge and Austin's world-renowned Sky Lounge. Starting his first radio show on Party107.com in 2005, he has featured many of todayís hottest artists as his guests, including Niklas Harding, Andy Moor, Gabriel & Dresden, Guy Ornadel, Allende, Nick Pilon, Solar Stone, Lange, Blake Jarrel, and countless others. Parsons has also held guest mixes for DJ Tiesto, Solar Stone, Gareth Emery, Nick Pilon, Kaenow, Suzy Solar, and Basic Perspective, while the list continues to grow.

By 2005, Andrew Parsons began to work on his own productions and established global record label RealMusic Recordings, which now consists of three sub labels, RealDeep, RealBeats, and RealScience with about 150 artists from around the world, providing all genres of the EDM spectrum. His first release came a year later with the track "Andrew Parsons & Emphased Reality ñ Underworld Dreams," released on his own label. It quickly proved to be a huge breakthrough and was played by Above & Beyond, Armin van Buuren, Markus Schulz, Paul Oakenfold, DJ Tiesto, and just about every major Progressive Trance DJ under the sun. He has since worked with other prominent DJs and released more widely-played tracks, such as "Hawk Feat. Sasja ñ Emerald Mine (Andrew Parsons Breaks Mix)" in 2007, "Kenneth Thomas vs Airglow ñ The Promise," "tyDi ñ Under The Stars (Andrew Parsons & Cortinas Remix)" in 2008, and "Apr0nz - Fly High (Andrew Parsons Remix)" in 2009. With an increasingly busy DJ schedule, the demand for his music has steadily risen. Parsons started a new project using the title 'Airglow' which has received massive support throughout the scene. He has been signed to some of todayís hottest labels, Perfecto (Oakenfoldís label), Armada (Armin Van Buurenís label), Electronic Elements (Markus Schulz's label), Infrasonic, Lange Recordings, and Jigsaw Recordings, among several others. Now at the age of twenty-three, playing with the most-respected DJs in the world has become simply the norm; the list includes Tiesto, Deadmau5, ATB, Markus Schulz, Ferry Corsten, Above & Beyond, Sander van Doorn, Paul Oakenfold, Kenneth Thomas, Andy Moor, Benny Benassi, Adam Freeland, Gabriel & Dresden, and countless others. With his precision in blending the lines of significant genres, audiences are guaranteed to have a remarkable night with the uniquely talented and prodigious beats provided by rising star DJ Andrew Parsons.

Teaming up with dancing girlfriend Kel !E! of The Go-Go Gadgettes in 2008, the two have combined forces to provide for awe-inspiring performances throughout the entire Lone Star State. Together at clubs, events, and shows, fans experience an intoxication of the senses with Parsons' flood of sick beats and The Gadgette's one-of-a-kind, bewitching visual stimulation. Keep your eyes and ears on the look out for this entrancing, first-class power duo.