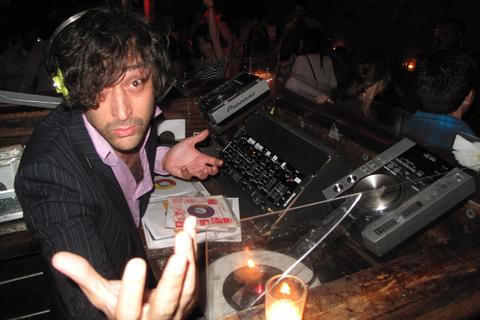 Jonathan Toubin isn't just the most popular 45rpm party DJ in America. The Soul Clap and Dance-Off, Shakin' All Over Under Sideways Down!, the Happening, Land of 1000 Dances, and his wide array of other New York Night Train parties have become the stuff of legend way beyond the Empire City. His visionary take on nightlife and obsessively curated collection of obscure 7-inch records sells out clubs worldwide, appears at major rock concerts and festivals, and influences the birth of scores of 45 DJs and dance parties in his trail. Jonathan Toubin's career stalled after a cab drove into his Portland, OR hotel room and landed on top of him. But he beat death, healed up, and returned to what he does best with a vengeance. The New York Night Train is back on track and better than ever. Sunday's Soul Clap and Dance-Off is his party that draws around 1,000 dancers in nyc and tours the world!