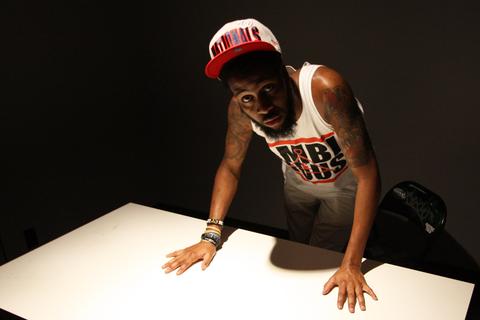 Listen to His Dudeness

“Phranchyze is quite literally battling his way to national prominence. The 26-year-old local rapper, otherwise known as financial adviser J.J. Shaw, is an emerging star…” (Austin Powell of Austin Chronicle)

Phranchyze has been curating his combative flow, infectious style, and dominant game in Austin since junior high. He’s been consistently more jarring, charismatic, funny, and witty than any competitors, and histalents have taken him around the country to represent himself and his city.

Whether on tour with the likes of Snoop Dogg and Wale or demolishing competition in underground hip-hop networks like Grind Time Now or Eminem’s Red Bull promos, Phranchyze’s features are top notch eight-to-ten minute slabs of humanism. Phranchyze’s recording experience came to a head with S.T.A.R.S., his most complete and accessible record to date. The LP cohesively combines knocking original beats with collaborations from longtime friends (Gary Clark Jr, Theorum, etc.) to create a unique style that can appeal to all ages, genres, and demographics. In 2012, Phranchyzecontinue to release fresh new music with his fourth mixtape to date: Phranye West. From re-creations of Kanye classics (Mercy, Two Words) to orginal singles (Exodus, His Dudeness), this tape highlighted Phranchyze's diversity and lyrical skill.

You won’t find an unsigned rapper with more talent for moving, and identifying with, his crowds. It only takes one glimpse of his YouTube profile (over 400K views) to notice how fun and versatile Phranchyze really is. Maybe that’s why he’ll consistently do outlier things like break attendance records during a blues clubs’ annual free week or have 30-45 minute lines at his merch table. His skill seems effortless with charisma and a love of the game that’s impossible to miss, and his talent speaks for itself. With a kickstarter and new music video to be released in January 2013, and a new original album and tour in the Fall 2013 - The future looks bright for Phranchyze!

“Phranchyze is on a notoriously short list of battle cats that first and foremost make music you want to load into your head. There’s no drivel about lyrical bloodbaths or ill mathematics, but rather a corpus that plays like a cursory rundown in swagged out fresh shit.” (Ramon Ramirez of Washington City Paper)