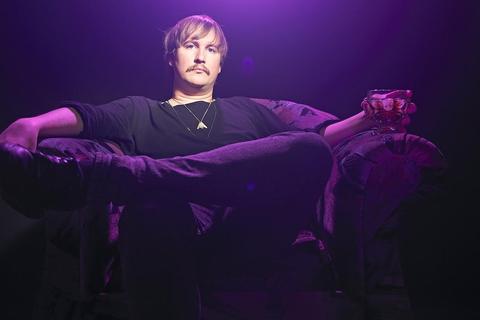 Born Travis Stewart on March 4th 1982, Machinedrum has produced and composed several albums under various aliases since his first independent release in 1999. Covering an astonishing variety of styles with ease, he has always been a trailblazer - bridging the gap between genres that would otherwise never have met before.

His debut Now You Know, was released in 2001 on the influential Miami-based Merck Records and gained worldwide attention and praise from musicians, fans and critics. It was heralded as the "standard to which the next wave of imitators aspires" by Pitchfork.com

Having a strong background in both acoustic and electronic instrumentation, he dances between those elements on all his releases. This can be heard in the field recording and vintage synth laden Urban Biology to his seminal production and mixing of the This Charming Mixtape with MC Theophilus London and his critically acclaimed 2009 album Want To 1 2?

2010 saw Machinedum re-surface in a major way. His Many Faces EP on Glasgow-based label LuckyMe garnered attention from a brand new audience and opened the door for his very first performance at Sonar Festival. Simultaneously his newest side project Sepalcure, a duo with Praveen Sharma, became one of the intriguing names in the post-dubstep and UK funky scene. Two EPs, Love Pressure and Fleur, released on imprint Hotflush, has given the duo NYC ambassadorship for this UK-based genre. An additional EP release on Innovative Leisure and musical composition for the off-broadway musical Camp Wanatachi completed one of Machinedrum’s busiest years to date.

In the past year, Machinedrum has relocated to Berlin and maintained a steady flow of releases including the celebrated Alarmaa EP on LuckyMe and his very first releases on Planet Mu Records – the Sacred Frequency EP which served as a teaser for the critically-acclaimed Room(s) LP – immediately followed by Ecstasy Boom, a free gift to fans offered on the web, and a self-titled LP from Sepalcure that anchored the duo as true tastemakers of electronica. SXLND, Stewart’s latest release with LuckyMe, is once again redefining his sound and keeping fans, along with critics, guessing what is still in store. Hard to believe, but the best is yet to come.

A true electronic music Renaissance man, Machinedrum blends together current pop music standards and trends with his own extensive knowledge of experimental production techniques, delivering his quality signature on every thing he touches.