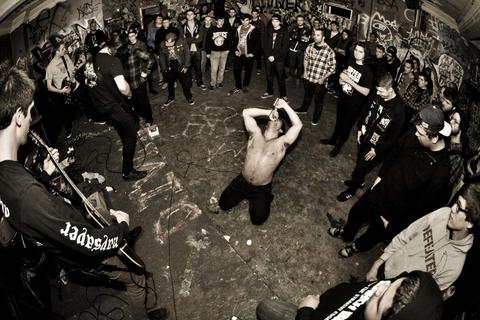 Started in 2008. Self released several demos and EPs. In 2010, after doing weekends and small spring/winter break tours, we went to the infamous Mars Compound (Integrity, Mushroomhead, etc) to record a 5 song EP called ‘Internal Morgue’ which featured John Caution of Weekend Nachos. We toured more, and sent the music out to multiple labels. Dom of A389 Recordings got a hold of us and offered us a spot on a split 7” with The Love Below. The reception was so well, that he offered us a spot on the A389 Roster. After that, we went back to the Mars Compound to record ‘Worms & Dirt’, a 9 song LP.