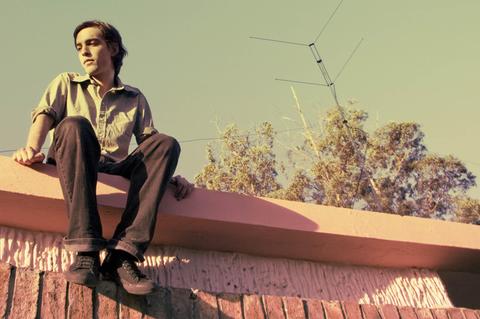 Franny's second album, Hay un cuerpo tirado en la calle, was released in 2009 by the label Contrapedal. Produced by Deniz and Guillermo Berta, the retains on the Pop/Folk mood of his previous release, while adding more complex arrangements to the songs, creating a less austere sound than before. The album was awarded as Best Alternative Pop Album and Best Art Design in the Graffiti Awards that year.

Franny Glass had the opportunity to share stage with the Uruguayan singers-songwriters Fernando Cabrera and Jorge Drexler, the Argentinian Pablo Dacal and Coiffeur, the Brazilian Tie and Nando Reis. Also, he played as opening act for the Yann Tiersen and Devendra Banhart´s shows in Montevideo respectively.
Prior to recording his third album, Deniz was invited by Spanish singer-songwriter Xoel López, with whom toured around Spain before, to take part on his new project Xoel López y La Caravana Americana. This tour consisted of several concerts around López's home country with twenty musicians from South, Central and North America, Portugal and Spain. The tour was filmed for a, still unreleased, documentary.
Franny Glass also participated in the multi awarded album Reverie (2011) from Bajofondo´s Luciano Supervielle. He co-wrote and sang in the song Adonde van los pájaros. Deniz later became the singer and guitarist of Supervielle´s tour band.

El Podador Primaveral, third Franny Glass´s album, was produced by Xoel López and released by Contrapedal in Uruguay in 2011, by Discos Intolerancia in México in 2012 and by Sonoamérica in Argentina in 2013. The album was nominated to the Graffiti Awards as Best Urban Song and Popular Music Album, and Best Alternative Pop Album, winning the latter category. That year, Franny Glass was awarded as Best Solo Project in the Iris Awards to the Uruguayan entertainment.

Nowadays, Franny Glass just finished recording the original soundtrack of the Uruguayan film Rincón de Darwin (Darwin´s corner) to be released in 2013. Also, his crowd-funded forthcoming record will be released in the first half of 2013, this time with a full band accompaniment.

In March 2013, the band will be touring the USA and México, playing on SXSW (Austin, Texas) and Vive Latino (México DF), among others.