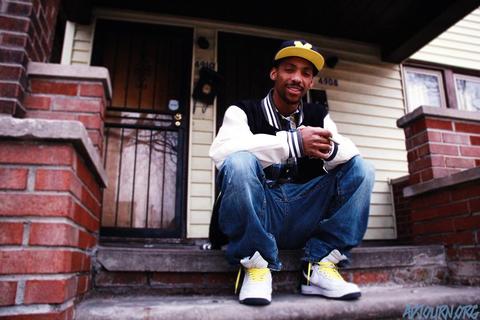 Listen to For The Birds (Prod. by Chuck Inglish)

"...he's a rapper for whom content is style, whose subtle poetic gifts are dependent on the seeming veracity of the concrete heart of the stories he tells." - PITCHFORK


Boldy James, the blue-collar Detroit rapper who made noise last year with his Consignment, Favor For A Favor: The Redi-Rock Mixtape and high-profile collaborations with The Alchemist and The Cool Kids, announces his commercial debut with the Grand Quarters EP, due March 5th on Decon. The EP, a lead-in to an Alchemist-produced LP later this year, is titled after a once bustling and illustrious Detroit night spot that fell into disrepair, a beacon of blight who's reference is employed as a reminder of neglected majesty and and the work ethic it takes to overcome at any cost. Perched above a crumbling city and documenting the ongoings, James personifies that ambition.

Boldy's is a uniquely paired-down style, relatively barren beats propped up by stanzas that fill it's vacancies, devoid of shiny alloys. He's a deft storyteller, spitting deceptively bare-bones bars with a distinct midwestern lean over icy instrumental avenues produced by his cousin, Chuck Inglish (formerly of the The Cool Kids), Chicago duo Blended Babies, and Huntsville heat-makers Block Beattaz. Neighbors Peechie Green, Poppy Bricks, and Kevo Da Kid make their presence known- Boldy is in good company in a town that many fled and Grand Quarters is evidence that Detroit's not going anywhere.