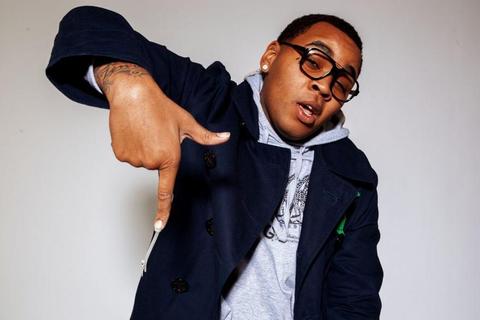 It’s not often the music industry is graced with an artist like Kevin Gates: Southern-bred and raised by the streets with unmatched lyrical creativity, universal appeal, boyish good looks, college educated, a knack for learning, and an unexpected desire to love those around him. Press play on a Kevin Gates record and you’ll instantly know he’s the truth.

Born and raised in Baton Rouge, Louisiana, Kevin discovered his musical talents at an early age. His grandmother, grandfather and mother all played music, so it was no surprise when the young artist started writing his own raps while in 7th grade. With a passion for rhymes and academic intelligence beyond his years, Kevin was well on his way to becoming a budding star. But, his life took a drastic turn during 8th grade when his grandfather died. As the only solid father figure in his life, the loss hit young Kevin hard and he took to hustling on the streets to cope with his emotions. After brief stints in and out of juvenile detention, Kevin set up a studio inside of his grandmother’s house and started recording his raps at 17 years old. He eventually put out three well-received mixtapes titled “Pick of Da Litter,” “All or Nothin” and “All In.” Kevin recalls, “The All or Nothin mixtape is one of my favorite mixtapes I ever did. But if you go back and listen to all of them, it’s really my bio because everything I was going through at the time, I did it.” However, his progress abruptly came to a halt when he caught a 3-year prison sentence and later released in 2011.

Kevin immediately took to the studio to express what was going on in his life and walked out with his fourth street mixtape titled “Don’t Know What to Call It Vol. 1.” The project attracted regional attention and created a fast-spreading buzz hyping Kevin as a Southern force to reckon with. Never one to cause a problem and always respectful of others, Kevin gained respect while growing up in his neighborhood streets which subsequently turned into widespread support of his honest music. “I really used music as my diary. Everything I rap about I did. I go rap about what happened today then leave out the studio and go back to my little block that I run,” explains Kevin.

With his buzz spreading from the streets to the suburbs throughout Louisiana, Kevin caught the attention of rap superstar Lil Wayne who flew him out to Miami to record a few tracks. Soon after, Young Money Cash Money became Kevin’s official representation and his new manager “Fee” would help catapult Kevin’s career to the next level. In April 2012, the certified artist put out his hottest mixtape yet titled “Make Em Believe,” with his highly praised singles “Satellite” and “Love You” that garnered over 2 million hits on YouTube. The southern emcee went on to work with the likes of Master P, Akon, Birdman, Young Scooter, Lil Boosie, Jim Jones, Pusha T and Nut Da Kid and paired up with heavy hitter producers including Kane Beatz, ID Labs, Justice League, The Maven Boys and Jim Johnson.

Riding the wave of his recent mixtape success, Kevin dropped his debut full-length album titled “In the Meantime” on iTunes in late 2012. The compilation of street bangers established Kevin Gates as a new artist to watch, converting fans young and old, of different cultures and backgrounds. He will release new projects every 90 days starting with his upcoming mixtape “The Luca Brasi Story” slated to drop in February. “This is a commitment I made to my fans. I realized how big of an impact my music makes to them and I know what it was like for me when I needed music the most, so I’m going to keep putting it out for people who love it,” says Kevin.

While maintaining his growing star power, the Southern street king also makes executive decisions at the helm of his own record label “Breadwinners Association,” home to two budding artists Percy Keith and Terrence Hines. He also finds time to take part in an achievement academy in his hometown where he speaks to young middle and high school students about the importance of making right choices in life. “I think my greatest attribute is I love people. It’s not difficult for me to put myself in the shoes of another person. I love people and that’s my niche. I believe my music is very honest, brutally honest.” And that’s why we can’t get enough of Kevin Gates.