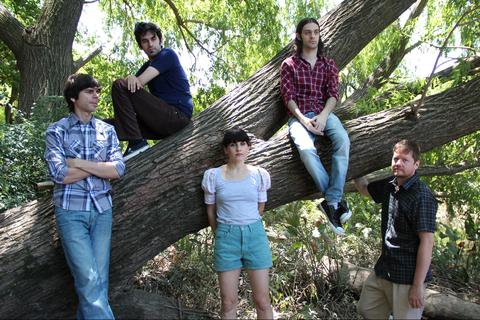 Nubes en mi Casa started playing in 2007. That first year they recorded their first album which was released by mexican indie label Molecula Records. A few months later, they were chosen by 'Myspace Mexico' as "Band of the Week" increasing greatly the number of reproductions (and fans) in their space. Through all these years they've been playing accross the Buenos Aires (and Montevideo, Uruguay) indie rock scene. Their song 'Mareo' was included on the OST of the mexican film 'Voy a Explotar', produced by Diego Luna and Gael Garcia Bernal. Their second album entitled 'Me Suelto y Vuelvo' was also released in March 2012 in Mexico and Spain by Molecula Records, it's also available on Itunes and Spotify and in September will be also released by peruvian indie label Plastilina Records, which will distribute it to Brazil, United States, England and Japan.