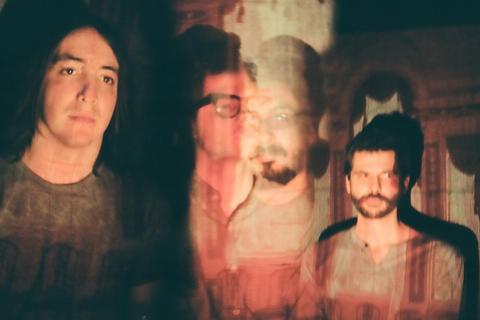 Royal Forest, a psychedelic rock band from Austin, are not big believers in static sound, though they do appreciate the sound of static. Experimental across media---using analog tape loops in recordings and live at shows, for example---the band strives to reinvent their songs in new ways.

Lately this experimentation manifests itself in field recordings. Royal Forest has made songs in a single-prop airplane above the Texas hill country (John Denver), inside a WWII submarine in Galveston, and in a lightning storm among the Monahans sand dunes. Not content to be labeled a studio band or live act, the band pushes the limits of composition, using whim and on-the-fly audio manipulation as songwriting tools. Experimentation is their evolutionary engine.