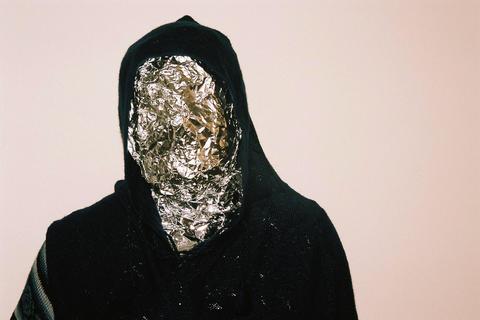 If there is one person, who has been causing a stir on the international club circuit recently, it is Barcelona's John Talabot. Already his debut “My Old School“ (which is meant literally by the way) on Permanent Vacation in 2009 and shortly after that the single “ Sunshine”, which he put out on his own Hivern Disc imprint, made him one of the most promising musicians of the Spanish electronic scene. And those two releases also already set the mark for John Talabot’s unparalleled music: raw, loopy, heavy on the kick drum, sample based, moderate on the tempo, distorted on the drums and light years away from the clean and ever revolving house sound of today. This unique style which also blends influences from afro beat, Detroit techno, Chicago house and cosmic disco, but also northern soul or the energy of Flamenco, immediately turned some heads around. James Murphy, Âme and Aeroplane started including Talabot music in their sets like it was the most natural thing. However - and this is quite rare - he not only gained legions of fans in the house and disco community, but also amongst the leftfield pop and indie rock followers. NME and Resident Advisor both had “Breakthrough“ features on John Talabot and he can be proud of a “Best New Music“ dubbing on Pitchfork. (Being rather elusive on showing his face in magazines or the web it also came to some funny rumors that John Talabot was the alter ego of a well-known techno producer from Detroit).
At the same time he drew the attention of like-minded artists like James Holden and Luke Abott from Border Community, Blondes or Delorean, which lead to a bunch of fertile collaborations: Luke Abbot and Blondes remixed Talabot’s “Sunshine“ single , John Talabot remixed a track by Delorean and vice versa Delorean’s Ekhi contributed vocals to the track “Journeys “ on John’s album). Another example is the Young Turks Label (home of Jamie XX, Holy Fuck, El Guincho or SBTRKT ) on which he released the “Families“ EP in 2010. It was praised beyond limits. Pitchfork for instance hailed: “… where pop and house influences sweetly buffer up against one another to provide an unyielding sense of elation“ and even brought Talabot a comparison with artists like Four Tet or Caribou.
While staying true to his sound, John Talabot has nevertheless shown a constant evolution as a producer since his first release. He has traced a solid musical path that has turned him into one of the big references of European House and has made him also a highly in demand Remixer (for the likes of The XX, Francesco Tristano’s “Aufgang” project, Shit Robot on DFA, Thaiti 80, Joakim or Teengirl Fantasy to name just a few ).
A progression that now crystallizes in “ƒin”, his first full-length album for Permanent Vacation. A record, in which the Barcelona mastermind sets aside the danceable immediacy to expand his stylistic palette more than ever. For that purpose, Talabot melts all the elements that have constructed his distinctive sound until now and makes them emerge from a new perspective, in which the construction of complex song structures, intricate rhythms and superpositions of ever-evolving melodies and atmospheres pick up the baton of the “a kick-drum and a sampler” philosophy of his initial productions. The result brings us 11 tracks (we should call them songs really!) dominated by dark ambiances, gaseous textures and bittersweet moods that, above all, reveal a kind of vivacity that’s really hard to find in contemporary electronics. “Fin” is far from being a track collection. From the majestic opener “Depak Ine“ to it’s solemn ending with “So Will Be Now“ , one of the two tracks that features Talabot’s soul and label mate Pional, each song traces an overall dialogue with the rest, culminating a highly emotional journey through Talabot’s always compelling and unique musical vision.