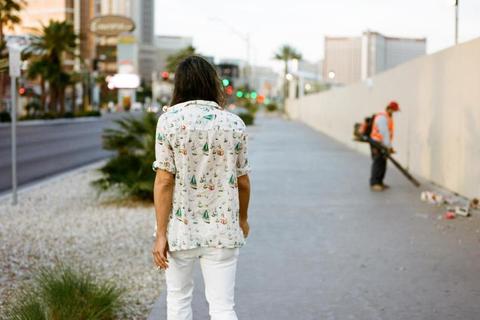 VietNam make their long-awaited return with a new album, An American Dream, released on Mexican Summer this Feb of 2013. Micheal Gerner, the creative force behind VietNam, is back onstage for the first time in five years with a new six-piece lineup (featuring half of his old band) laying down his signature cocktail of apocalyptic street blues. After taking a long break to explore his interest in ambient analog synth soundscapes on the West Coast (scoring films and recording with his project DA), Gerner has now made a bold comeback to both New York and rock and roll with his best record to date - adding a new dimension to the instrumentation with a moog player and a violinist. VietNam's prior releases include their critically-acclaimed and commercially successful self titled debut LP VietNam on Kemado Records in 2007, three prior EP's on The Social Registry, and their debut, The Concrete’s Always Grayer on the Other Side of the Street, on Vice Records in 2004.