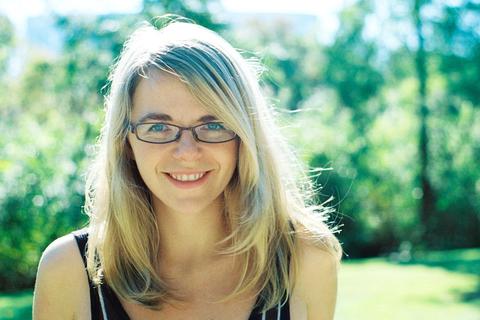 When USA Today predicted that Aoife O’Donovan would soon become “the newest darling of the Americana set”, it had already been true for quite some time. Aoife is renowned for her ability to breathe magic into anything she sings.

Aoife (pronounced EEF-ah) grew up in a musical family, immersed in folk music. She went on to study contemporary improvisation at the New England Conservatory of Music in her hometown of Boston. Since her first professional engagement singing lead for the folk group The Wayfaring Strangers, she has maintained a wide variety of side projects and collaborations. She has performed and recorded with Ollabelle, Sometymes Why, Jerry Douglas, Jim Lauderdale, Darol Anger, Sarah Jarosz, Sara Watkins, Christina Courtin, Noam Pikelny and Chris Thile (Punch Brothers), Yo-Yo Ma, Alejandro Escovedo, Jesca Hoop, Kate Rusby, Joshua Radin and Lyle Lovett.

For 10 years, Aoife fronted the alt-bluegrass/string band Crooked Still, which she formed when she was 18. Despite her young age, Aoife has toured in ten different countries, performed with the Boston Pops and the Utah Symphony Orchestra and has appeared on countless radio and television programs.

Her natural talent for songwriting came to the attention of Alison Krauss, who recorded Aoife’s song Lay My Burden Down, which is included on Alison’s album Paper Airplane (2011 Rounder Records) and can also be heard in the film Get Low (2010 Sony Pictures). Aoife’s crystalline voice has also been heard on True Blood (HBO) and Private Practice (ABC).

Aoife is currently performing shows with her band, Ryan Scott on guitar, Jacob Silver on bass, Robin MacMillan on drums and Charlie Rose on pedal steel. She just finished recording a full length album with Grammy nominated producer Tucker Martine, due for release in June 2013 on Yep Roc Records. Originally from Newton, Massachusetts, Aoife makes her home in the musical hotbed of Brooklyn, NY.

“A singer of modest rusticity, but as sophisticated as they come” ~The New York Times

“O’Donovan. Aoife O’Donovan. Remember that name, because with a sultry voice that makes her sound like a blusier Alison Krauss, she’s about to become the newest darling of the Americana set.” ~USA Today

“…her naturalistic phrasing and effortless control belie the complex structural ideas swirling around her. In an alluring, soft-spoken husk, she sings with complete emotional credibility, whether navigating dense, jazzy slides or haunted old-timey trills.” ~The Boston Globe