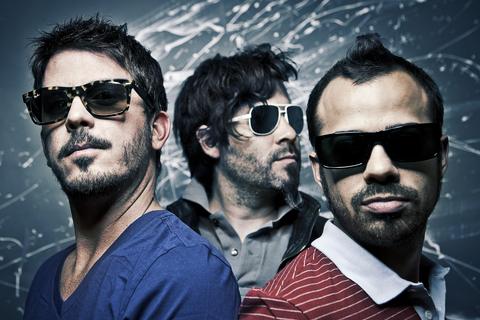 · Mexican Psychedelic Pop Rock band
· 5 Albums and 13 Videos
· With Tours in México, USA and Spain
· Winners of an ARIEL and a Mayahuel for Best Music for a film “TEMPORADA DE PATOS”
· More than 50,000 followers in Twitter

· Their 5th Album “Ven Ven” has been released in April 2012
Produced by Andrew Weiss ( Babasónicos, Café Tacuba, Ween, and Bass player for The Rollins Band, Yoko Ono and Butthole Surfers ) and by Pablo Romero ( Lead Singer from argentinian band “Árbol”)

"Ven Ven" shows more than a new face of the band, it ́s about consolidation of style, manipulating it through diverse shapes and where each song shows the musical maturity that the group has earned, without losing its essence and self confidence, and at the same time keeping it fresh. An album with solid rhythm section, danceable melodies and lyrics that catch you while they permit a journey, with leaps between the party and the melancholy.

The show at Flamingo Cantina on Friday, March 15