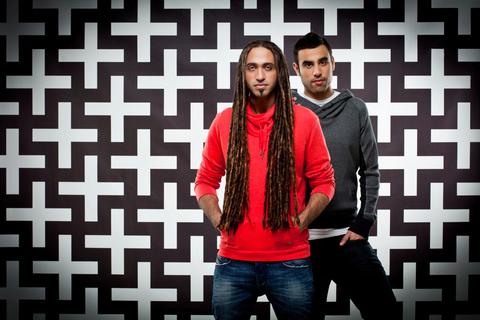 Sultan moved to Montreal, Canada in 1996 to pursue his education in mechanical engineering and business. Inspired by the nightlife, his passion quickly shifted from engineering to music. As for Ned Shepard, it only took someone to put a pair of headphones on his ears with Underworld’s Born Slippy playing at the age of 14 to fall in love with electronic music.
Realizing their common passion for the music, Sultan and Ned joined forces in the studio, launching Harem Records and a residency at Stereo Nightclub in Montreal, where they established themselves at the forefront of the house music scene.
Their countless chart-topping productions and collaborations with Fedde Le Grand, Morgan Page, and Nadia Ali, as well as remixes for Lady Gaga, Madonna, Robyn, Kaskade and Tiesto tagged them as the “kings of the progressive scene” by Beatport. Their latest single “Send me your Love” ft Taryn Manning landed at #1 in the billboard chart.
Traveling extensively across the world, Sultan and Ned have become well known for their unique DJ sets, rocking dance floors and festivals on every continent and landing residencies at XS (Las Vegas), HQ (Atlantic City) and LIV (Miami).