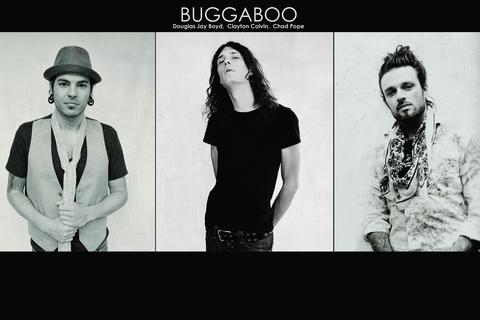 Listen to Bump on a tree

Clayton Colvin is a native Muscle Shoals musician who left the area in 2005 to expand his music to a wider audience. His current Austin based band BUGGABOO has been together one year and is having great regional success and currently touring new markets.

BUGGABOO is a front porch soul band taking it back to the basics of song writing and harmonies with a deep southern groove. The band consists of Clayton Colvin on guitar/vocals, Chad Pope on slide guitar/vocals & Douglas Jay Boyd on percussion/vocals and Jimbo Hart on bass.

Colvin regularly performs in the Shoals of Alabama, enlisting his musical comrades, the aforementioned Jimbo Hart (bassist in Jason Isbell and the 400 Unit) and Scott Boyer Jr. (Former guitarist for Leon Russell). To learn more about his current band BUGGABOO go to reverbnation.com/buggaboo