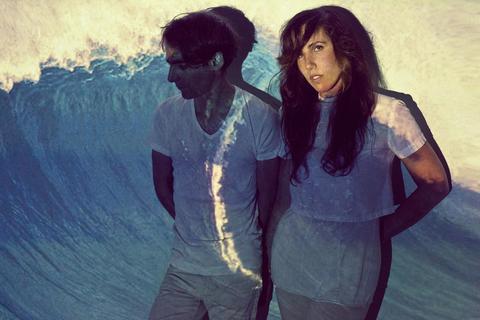 In 2008, Daniela Gesundheit of Snowblink moved from San Francisco to Toronto, irreversibly altering Snowblink from a whimsical warm-weather band touting four male backup singers (two of whom were Andrew and Ben of MGMT) to the current acclaimed duo with Dan Goldman (Luxury Pond). Snowblink quickly became “one of the most compelling new voices on the Canadian scene” (CBC), opening for Feist, Jeff Tweedy, Owen Pallett, Timber Timbre, Ohbijou, Great Lake Swimmers, and The Hidden Cameras on extended tours throughout the US, Canada, and Europe.

The band toured the US with Great lake Swimmers in the fall of 2012 and will be touring the US with Zammuto in spring of 2013. They also took part in a collaboration project with Feist and Aroara, performing at The Polaris Prize Ceremony on September 20th, and at the Great Hall on December 20th, 2012. The band’s release show was recorded for CBC’s Canada Live and broadcast on Jan 7th, 2013. The band was also featured on CBC’s Q on December 17th.

Snowblink’s debut record, Long Live, which was released on Toronto imprint Out Of This Spark and hailed as an ”essential release” by London’s Sunday Times, and “dreamy electro-folk” by Globe & Mail.