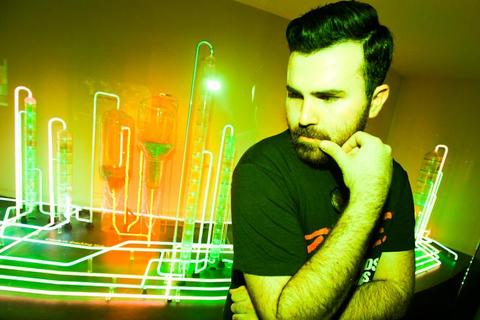 Bagheera is the brainchild of 20 year-old Aidan Kennedy, who resides in Houston, Tx. Blending the sounds of Chill Wave, House, and Disco, Kennedy has put his own signature sound on the map with his very first release on Plik & Plok Records (Paris) in July of 2012.

In the group's short existence, Bagheera has already shared stages with:

Kennedy is no stranger to the blog-o-sphere either, with posts on notable blogs from around the world

“…full of punky daftness, it’ll have all your BBQ ravin’ parties and wide-open-windowed kitchen shindigs as the envy of your neighbours – and thee-best-house-to-be-at on your street.”
- Matthew Chandler, Aerial Noise

“…blends the house, the funk, and the deep”
- Neonized Magazine (Spain)

“Well dear friends I wanted to share with you my new found music. A massacre itself, The song that makes you simply want to move, move your royal buttocks”
-Where Is Samantha (France)

The show at Lamberts on Thursday, March 14