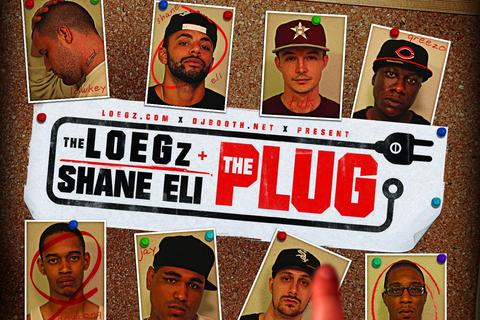 Listen to Yes He Is G-Mix

“How many of ya’ll are familiar with the League of Extraordinary G’z?” was the question posed by Bavu Blakes, indie rap veteran and reigning godfather of the Austin Texas Hip Hop scene, as he stood on a dimly lit stage in the summer of 2009 introducing a highly anticipated debut live performance. The crowd of locals exploded. They were familiar.

While many devoted fans of Hip Hop mourn a genre and culture on the decline, weakened in the wake of the bling decade and pop pandering, a revolution has been quietly building deep in the heart of Texas. Three separate but equally acclaimed independent rap groups in the capital city of Austin, recognizing a shared passion for raw musicality over endless empty club bangers, have decided to team up for what promises to be an exciting and defining event in Central Texas rap history: The League of Extraordinary G’z.

The lineup of “The League” consists of the groups C.O.D., Dred Skott, and Southbound, all familiar faces in the underground Texas rap circuit. With their respective mixtape and album releases, they have each earned themselves significant fanbases spanning across state, and even continental lines. All are experienced and traveled artists who paid their dues the hard way, winning over huge audiences while opening up for major Hip Hop acts such as Dead Prez, Method Man, Killer Mike, Tech N9ne, Wiz Khalifa, Wale, Trae, and Z-ro.

Former Source Magazine writer and SXSW music booker Matt Sonzala said of the project, “The League of Extraordinary G’z are a force to be reckoned with. Comprised of some of the top MC’s from the strongest groups in Central Texas, LOEG’z are like a down south Wu Tang with a Goodie Mob attitude and a straight gangster sound. Reality rap is not dead and these boys are proving it.”

The true strength behind The League is that each group involved is diverse as they are talented. C.O.D. is a four-man powerhouse (Mr. Greezo, Tuk-da-gat, S-Dot, Lil’ J) with an impressive loyal following in Austin and across the state. Branding themselves as a street movement, they have rapidly made a name in the Texas rap world with their celebrated “Ova da Stove” mixtape series. Dred Skott (Esbe, Reggie Coby) is a soulful and subversive duo known for their humor, lyrical acrobatics and uncompromising political passion. They have collaborated with the likes of Devin the Dude, and are fast gaining a reputation for their energetic and electric live performances. SouthBound (Lowkey, Sandman) are twin brothers with two successful underground projects under their belts, who consistently deliver a level of lyricism rivaling the best in the game.

The forthcoming debut album #LeagueShit from the collective is a stunning and versatile array of soulful beats and bleak street soundscapes, written by a group of artists on a mission to change the hollow perceptions of Texas rap. If their potential for greatness is as promising as the sum of it’s parts, The League of Extraodinary G’z is most definitely a movement to watch.