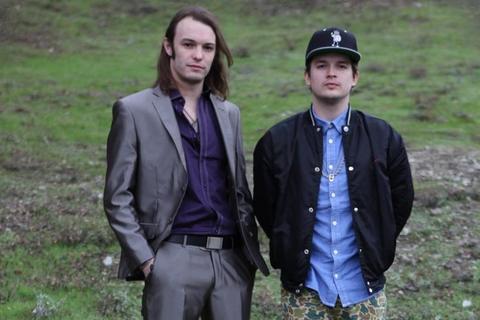 Listen to Doses and Mimosas

Cherub is a sexy electro-pop duo that is the dance love-child of 80’s funk and pop-music from the future. The members of Cherub, Jordan Kelley and Jason Huber, share a love for honest original music and vibrant live performance, with a common goal to share a little bit of sex, a little bit of drugs, and a whole lot of love with people across the globe.
Cherub’s music is a fresh electrified take on risqué pop music that brings to mind timeless artists such as Prince or Zapp and Roger, and more contemporary artists like Pharrell and The Dream. With a live show that is bouncing with energy, Cherub dances their way into the hearts of audiences from the first falsetto hook, until the very last delay filters out.
Named one of Paste Magazine’s “12 Tennessee Bands you Should Listen to Now,” Cherub has had a massive 2012, with appearances at such major festivals as Bonnaroo, SXSW, Electric Forest, Hangout Fest, Snowball Music Fest, and with STS9 at Red Rocks Amphitheater.
After receiving a warm response worldwide to the digital release of the band’s first record, Man of the Hour, and touring throughout the US and Mexico, Cherub released their follow up MoM & DaD in February 2012. The album includes the smash viral hit “Doses and Mimosas,” which in August 2012 hit #1 on Hype Machine’s most talked about songs chart and featured on AOL Spinner as their Video of the Day.
The latest batch of Cherub songs brings a fresh, uptempo electro feel to the familiar pop sensibilities showcased on their first record. Jordan Kelley’s studio production, clever songcraft, and silky smooth falsetto are complimented perfectly by Jason Huber’s live production and tube-driven guitar work. Cherub’s versatility in songwriting and dance music production blurs conventional genre barriers. Ranging from grooving heartfelt ballads to risqué club bangers, Cherub takes the throwback vibes of old drum machines and washed out keyboards and marries them with timeless writing and a very modern approach to music production and performance. Playful guitar licks and lush synthesizer textures dance around in the mix, as listeners are treated to sing-a-long hook after hook the entire way through the tunes.