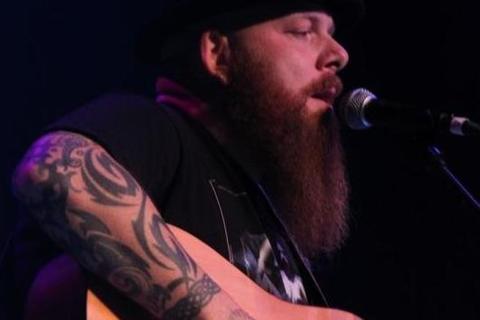 Brandon Jenkins is what we call in the Business a Triple Threat. not only is he the most hailed writer of the Red Dirt movement writing more than just hit songs, but Red Dirt Anthems that captured the spirit of his generation, he's a soulful monster of tone on guitar displaying his roots of growing up in the Tulsa music scene where so many masters were forged, and most of all his voice is distinguished like no other, so rich and barrel soaked and his trademark. All that being said his big bald bearded persona captures his audiences like the full displayed sleeves of tattoos he so proudly bares. His music touches on so many different genres; Yet has that thread that keeps it uniquely Jenkins. Over all Brandon Jenkins is an American classic and will be long remembered as a musical pioneer and fearless composer personality long after he's gone.