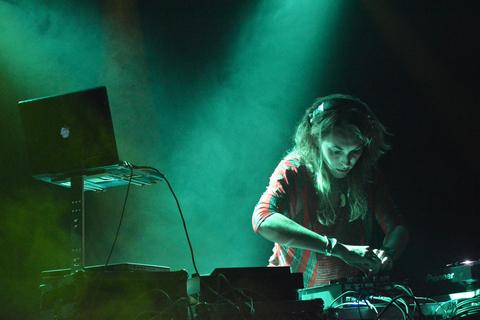 RL SHINE
The Flush/Stankonia, HU$TLER, Stateside Music Authority, @RLshinemusic // Atlanta, GA
Kristen Sheehan, aka RL SHINE has quickly become known as ATL"s "First Lady of Bass". She is commonly referred to as the "Hardest Working Woman in Atlanta" by peers and luminaries alike. Spanning genres effortlessly in her sets, every one of them leaves the crowds spellbound and begging for more. Garnering a dedicated, passionate, and loyal fanbase with each passing show she plays, and mixtape she drops, RL SHINE has quickly become the name on the lips and hearts of the masses in Atlanta. Trap, Dubstep, House, Electro, it doesn't matter. RL SHINE blends them all together perfectly without even breaking a sweat. Her only rule in her sets is IT MUST HAVE BASS! 2012 alone saw her perform as the direct opener for such acts as DIE ANTWOORD and ZEDS DEAD, as well as the mysterious UZ. She was asked to be a resident DJ at the weekly event HU$TLER which has already gained national notoriety in just the past 6 months it's been in existence. Not being content to just be another resident DJ, Kristen delved into getting involved with every aspect of the event, from booking, to logistics, to hospitality, which as anyone who's ever worked with her can attest, that's just simply who she is. Involved. Deemed as "Atlanta's Official Home of Trap", Kristen has helped bring such acts as CARNAGE, DJ GREEN LANTERN, the first ever world debut performance of ANTISERUM x MAYHEM, just to name a few, to the weekly event she now calls home. 2013 will see RL SHINE drop her first EP of all original tracks as well as several other collaborative productions. This year is already seeing her expand out of the SouthEast region in touring as well, being invited to SXSW as an Official Performer, as well as being booked as far as New York City and Los Angeles. Yes, 2013 is definitely the year that RL SHINE is going to SHINE. Look for her and her tracks coming towards you in the near future.
www.soundcloud.com/RLshinemusic
www.youtube.com/RLshinemusic
For Bookings EMAIL:
RLshinemusic@gmail.com