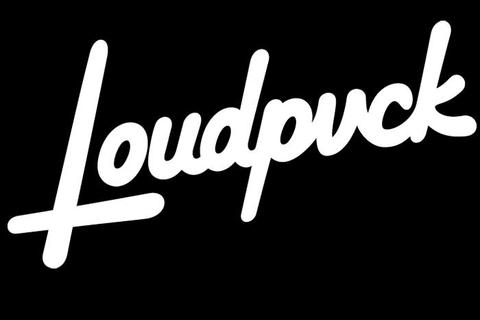 LOUDPVCK: a musical collaboration between Kenny Beats and Ryan Marks

Kenny Beats
Though he has studied music seriously since age 9, Kenneth Blume began producing his sophomore year in High School. He began to take his production seriously after placing 2nd in a nationwide electronic music competition a year later. A month before graduation, Kenny took an internship in the A&R department of both R.C.A & J records, which helped open doors around Manhattan. While learning the workings of major label infrastructure, Kenny began to shop his production at recording studios throughout the city; gaining both industry experience and contacts in the process.
In the summer of 2010 he began a new internship with Cinematic Music Group under mentor Jon Shapiro. Cinematic gave Kenny a closer look at the independent side of the music industry, and the importance of self-marketing and promotion. Aside from the networking at CMG, the internship led to Kenny’s in-house production for Cinematic artist Smoke Dza on his last 4 albums: Substance Abuse 1.5, George Kush Da Button, T.H.C, & Rolling Stoned.
In 2010, his music also grabbed the attention of up and coming filmmaker Levi Maestro (Nike, Belvedere, EA sports, Casio, etc.), sparking a collaboration for a video for BRISK Ice-Tea’s ad campaign (directed by Levi, music by Kenny). In summer 2011, Kenny accepted a position at12ozProphet.com as a contributing writer for the infamous downtown NYC graffiti site, and has had his interviews published on such sites as Hypebeast and Juxtapoz Mag. To date, Kenny has produced for such artists as Kendrick Lamar, ScHoolBoy Q, Dom Kennedy, Skeme, Neako, Trademark the SkyDiver,Nesby Phips, Rich Hil, S.T.S and many more.

Ryan Marks
Born into the industry is an understatement when it comes to up and coming DJ and record producer Ryan Marks. His father, Larry Marks, has been a commanding force in the music industry for nearly fifty years, having produced records and/or written songs for Frank Sinatra, Aretha Franklin, Liza Minelli, The Flying Burrito Brothers and many more. From an early age Ryan grabbed onto his father's passion, which led to obligatory childhood piano lessons, which formed into an overall musical obsession. As well as technical proficiency on his instrument, Ryan developed a keen interest in critical listening and production. Specifically, he heard "Pet Sounds" by The Beach Boys and decided that record making was what he wanted to pursue.
At the age of fifteen Ryan got a copy of Logic and started producing electronically. In high school, Ryan spent every waking minute of his free time producing music, and at sixteen he entered a contest held by Rolling Stone to determine the "Top 25 Bands on Myspace". Ryan submitted his tune, entitled "High Tide", and out of thousands of both domestic and international applicants was selected as one of the top twenty-five. This gave him affirmation of his craft and the determination to move forward. After shadowing his father's sessions for years, Ryan began shadowing fifteen-time Grammy award winning engineer and producer Al Schmitt at Capitol Studios, from whom Ryan absorbed the fine details of engineering, mixing and the art of recording.
After high school Ryan applied and was accepted to Berklee College of Music, where he studied music production and engineering and independently produced artists and bands in Boston. Though his studies were fruitful and involving, Ryan was singularly focused on creating his own music. After receiving several inquiries from major labels about his productions, Ryan decided it was time to drop out of Berklee and focus all of his energies on his career. He now lives and works in Los Angeles.

LOUDPVCK
Kenny and Ryan met in 2009 at Berklee College of Music where both were students. They began to collaborate, merging Kenny’s hip-hop beats with Ryan’s EDM knowledge to create a unique sound. The result: LOUDPVCK. The duo was quickly labeled as pioneers of this new genre of music known as “EDM trap,” fluently blending the EDM and Hip Hop genres while creating a fervent fan base.