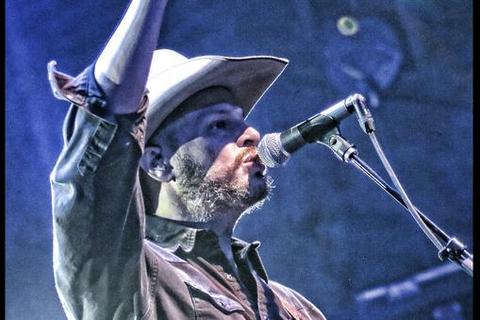 “…a newly invigorated and steadily striking force.” - New York Times
“...there might be hope for country music yet.” - Texas Monthly

Nashville, TN – Dark And Dirty Mile, the new album from old school country purist Jason Boland & The Stragglers, is set for release on May 14th through Proud Souls/Thirty Tigers. Boland penned nine of the 11 songs on Dark And Dirty Mile and co-produced the album with Shooter Jennings. Boland has build a strong reputation as an ambassador of the core fundamentals of the genre, and the new album is another example of why he and The Stragglers (guitarist Roger Ray, fiddler Nick Worley, bassist Grant Tracy and drummer Brad Rice) have sold over 500,000 albums independently and continue to play to packed houses all over.

Dark And Dirty Mile is Boland’s 7th studio album, and the follow up to 2011’s critically acclaimed Rancho Alto. Following the album’s release, critics outside of Boland’s wheelhouse began to take notice for the first time, including The New York Times, Wall Street Journal, Examiner, Blurt, who said, “...this is the real deal...the sort of thing that would make Waylon, Willie, Hank and Johnny nod in mutual agreement.” and The Stark Online, who called it, “...a pretty stellar country album.”

Boland is a classic, country vocalist. His rich baritone melts into the songs, exuding a warmth and sincerity that is genuine and true. This is no frills country, which is obvious from the opening title track, the driving rhythm of “Nine Times Out Of Ten” or the swinging shuffle of “Electric Bill”. Boland’s penchant for beautiful balladry is on full display with the gorgeous “Lucky I Guess” and “See You When I You”, and he wears his storytelling troubadour hat proudly on the pensive “They Took It Away”.

Please do not misinterpret the message, as this is no retro or nostalgia act here. Jason Boland & The Stragglers makes country music for people who love and yearn for real country music, period.

The show at St David's Historic Sanctuary on Thursday, March 14