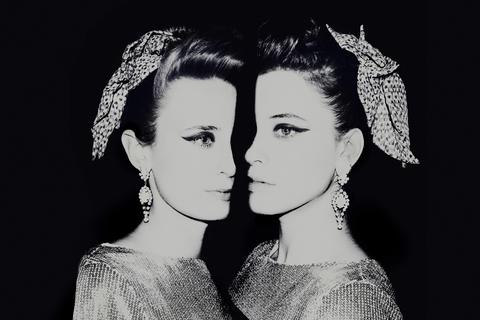 “Luscious, luminous, lilting lullabies” is how the New York Times describes songs by Lucius, a five-piece band from Brooklyn, NY.

At the center of Lucius are the “alluring and magnetic” (Seventeen) singers-in-unison, Jess Wolfe and Holly Laessig. After graduating from Boston’s Berklee School of Music, the two young friends and collaborators moved into an old Victorian house in Brooklyn’s Ditmas Park – a former recording studio and music school. The four-story musical fortress, rife with left-behind musical treasures, housed many musician friends including, eventually, Wolfe and Laessig’s future bandmates, Danny Molad, Peter Lalish and Andrew Burri.

“When we were ready to make our record we felt it was imperative it reflected the synergy that Holly and I feel so strongly in our personal and musical relationship,” said Wolfe. The resulting songs are stories told from the same perspective, sung at the same time, with the same sentiment; two voices as one.

The quintet’s self-titled debut EP was produced by Tony Berg (Phantom Planet, Aimee Mann, Beck), bandmate, Dan Molad (Elizabeth & The Catapult, Luke Temple/Here We Go Magic) and Steve Wall, and was was recorded in the Ditmas Park house where the band was formed.