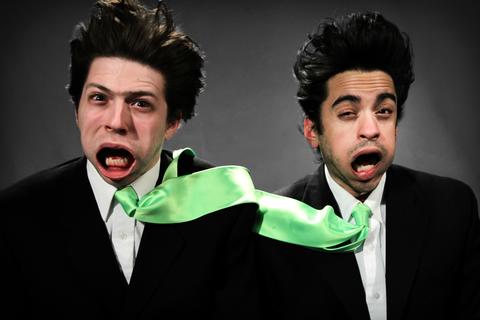 You Won't is the Boston-based duo of Josh Arnoudse and Raky Sastri, fast friends ever since they squared off in a fierce but poorly executed sword-fight in 1999. The Massachusetts natives collaborated on a litany of non-musical projects prior to forming a band, conspiring to produce a series of little-seen experimental films, guerrilla theater stunts, and duct-taped refrigerators filled with toxic sludge. You Won't was born in late 2010 following three quixotic months spent recording in the suburban woodlands of Eastern Massachusetts. Following the release of their full-length debut Skeptic Goodbye on Old Flame Records in February 2012, the pair has toured across the United States, garnering praise from the likes of SPIN, NPR, The New York Times, and KEXP for their distinctly lyrical, insistently melodic, and thoroughly percussive sound. Spring 2013 will find them touring the US and Canada with The Lumineers and The Joy Formidable whilst continuing work on their next LP.