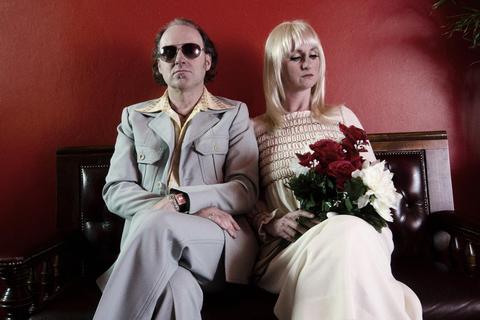 Listen to Going Back To Memphis

The timeless themes of the classic country duets have now been revived and revisited by My Darling Clementine, the husband and wife duo of Michael Weston King and Lou Dalgleish.

King, the former leader of U.K. Alt Country pioneers The Good Sons (who MOJO dubbed "England's very own Uncle Tupelo…”,) is a British singer songwriter with 10 albums and countless tours, both solo and with the likes of Nick Cave, Guy Clark, Steve Earle, Roger McGuinn to his credit. Collaborations with Chris Hillman, Ron Sexsmith and the legendary Townes Van Zandt (who cut his own version of Michael’s song Riding The Range), have further enhanced his burgeoning reputation..

Both King and Dalgleish are no strangers to successful, independent music careers but after 9 years of marriage, the two have just now turned their attention towards a joint project. The result is the highly acclaimed How Do You Plead?, a collection of 13 all original country duets

Featuring the talents of legendary musicians such as Martin Belmont (Elvis Costello, Graham Parker), Geraint Watkins (Nick Lowe), and Bobby Irwin (Van Morrison), King and Dalgleish they have crafted an album of pure, honest country duets, that evokes and honors the great duets of the past. No “parody” record, this is a labor of love, something that honors the past but fits neatly with the likes of Mark Lanegan & Isobel Campbell, the Civil Wars, or Jenny & Johnny.

Originally released in Europe in November of 2011 (Uncut called it ““Simply wonderful,” and went on to note that “Dalgleish emulates the authority of Emmylou Harris and packs the force of Patsy Cline, while King's mellifluous vocals derive from George Jones by way of Elvis Costello.”) How Do You Plead? saw a US release in September 2012 through Five Head Entertainment (featuring updated artwork along with two bonus tracks – including a re-working of George Harrison’s “It’s All Too Much”.)

Two people, singing to each other, about each other, while staring directly into each other’s eyes. With How Do You Plead?, we become voyeurs to something personal; at once curious, sad, compelled but yet unable to turn away.