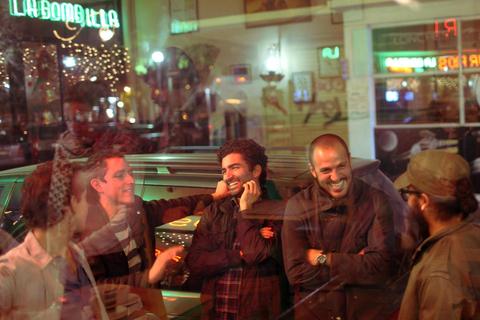 "Pumcayó" is Spanish for "thump! (it/he/she) fell". The music crafted by the quintet touches on contemporary folk acts like Fleet Foxes and Grizzly Bear, with occasional nods to progressive rock. The disparate musical strands are all held together by the glue of the band's indelible Mexican inheritance and the end result, much like Mexican handicrafts, is intricate, textured, colorful and raw.

Pumcayó has collaborated with visual artist Marcel Dzama and has shared stage with bands such as OKGO and Kings of Convenience.

On 2011 the band released a live video EP which can be viewed onine on vimeo and youtube. Pumcayó is currently recording their debut LP, which is set for release on february 2013.