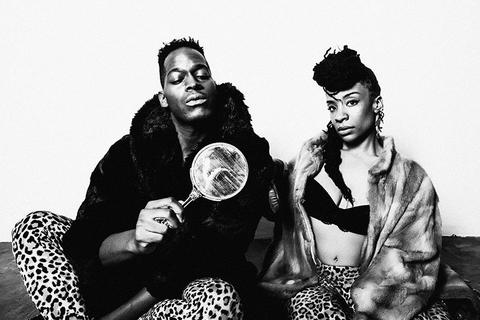 Fresh on the scene and he’s already taken the fashion and hip hop worlds by storm! Pulling from a multimedia and performance art background, Zebra Katz brings a slo-mo dark delivery to his rhymes, which are set over a minimal, unencumbered beat on his highly acclaimed first single “IMA READ” (Mad Decent/Jeffrrees). “IMA READ” was heralded as the “Official Song of Paris Fashion Week” after Rick Owens personally chose it to score his Fall/Winter Womenswear runway show. Since its release three months ago, the hauntingly sexy video has been viewed on YouTube nearly a million times (as of October 1 2012) and ZK has been featured in the NYTimes’ New Music and Fashion and Style sections, Pitchfork, Vogue, Interview Magazine, and myriad other magazines and blogs.

Zebra Katz is the capstone creation of 25 year old New York multidisciplinary artist Ojay Morgan. Inspired by Nina Simone, Andre 3000, Missy Elliot, James Blake, and Lauryn Hill.,Morgan has cultivated a signature and unique presence all his own. Having shared the stage with artists from Diplo to The Scissor Sisters, Lana Del Ray and Azealia Banks, his lives shows are not to be missed, and have been enjoyed by audiences worldwide.