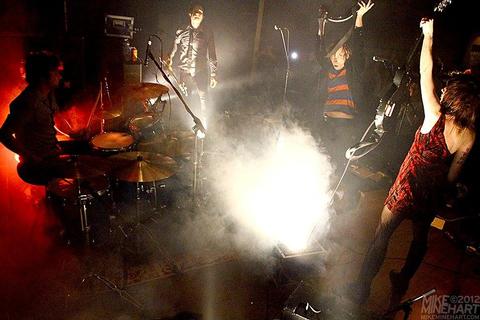 The Melismatics formed at the turn of the century in the fertile ground of the Minneapolis indie-rock scene. Their debut album "Postmodern Rock" quickly caught the attention of college radio stations around the country and garnered favorable reviews from critics around the world. Shortly thereafter, Minneapolis indie-rock king pin Ed Ackerson (Motion City Sountrack, The Replacements, The Jayhawks) signed the band to Susstones Records and produced their next two albums "New Infection" and "Turn It On". The Melismatics toured the country numerous times over and continued to win loyal fans with their high-energy and unpredictable live shows. Their music has been featured on MTV's "The Hills," "The City"and "Laguna Beach," NBC's "Windfall"; Animal Planet's "Jockeys" and they've played such notable events as Lollapalooza, Summerfest, and CMJ. The Melismatics released "The Acid Test" on CC Entertainment/E1 Music (2008). Renowned producer John Fields caught the band performing at 2007 SXSW in Austin, Texas and signed on to produce the album. The music video for "Digging Deep" charted at #2 on MTVU and received widespread airplay.