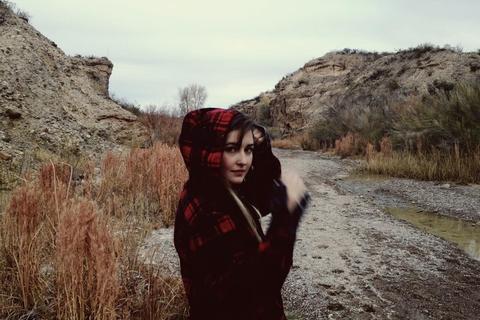 Austin musician Jess Williamson creates raw and intimate songs, rooted in a folk tradition, and strengthened by her unique voice and poetic lyrics. Williamson primarily plays the banjo, employing a combination of three finger Earl Scruggs style, Pete Seeger style, and Claw Hammer. The result is a kaleidoscope of sound uniquely her own.

Accompanied live by cellist and vocalist Callie Hernandez, Williamson’s songs are sparse and feminine, with complex movements and time changes. The combination of these women, their uncanny voices, and uncommon marriage of instruments offers attentive audiences a rare and unforgettable moment.

With her live shows known for bringing the room to a hush and audience members to tears, Jess Williamson is one of Austin’s top artists to watch in 2013. Thanks to a successfully funded Kickstarter campaign, this independent artist is nearly finished recording her sophomore album, Native State, set for release later this year.

“Jess Williamson and Callie Hernandez's performance last night confirmed we are in the presence of our time's Melanie, our Karen Dalton, our Buffy Sainte-Marie...each song was a direct, vulnerable, strength. Space was another voice. I'm eager to hear this next record, but more than that, eager to see where Jess and Callie are seven years from now.” – Tiffanie Lanmon of Mirror Travel (Formerly Follow that Bird!)