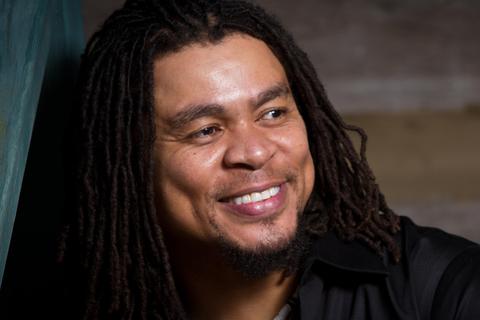 The world of music and entertainment has always been a big part of my life. I started rapping in my late teens and shortly after I transitioned to singing the blues in my early twenties, which is the genre of music I am singing at this present time.
With singing the blues brought my desire to play the harmonica. I listened to Sonny Boy Williamson and other famous harmonica players to grasp the technique and the ability to play. I practiced for hours in order to become proficient. My desire to broaden my horizons as a musician led me to attend Hinds Community College where I took courses in music to enhance my abilities.
As a music student, I became interested in becoming more knowledgeable about the instruments I do play. I have grasped the concept of playing the guitar, the bass guitar, and the piano.

As a performer, entertainer and a lover of music, I work to give blues a new flavor for young and old young audiences to listen to and enjoy. Performing for all audiences whether in small clubs like the Legendary Club Ebony in Indianola, MS or stages as large as the Portland Blues Festival with a crowd totaling over 30,000 people, I perform to give fans a personal experience they will never forget. I have gone as far north as Canada performing in Edmonton and Saskatoon just to name a few. I have traveled as far east performing in Bern, Switzerland and Paris, France. My goal is to be a catalyst for blues music and bring it around the world in order to keep the blues alive.

I love audience participation because it keeps me connected to the music and the people. During my shows, I walk through the crowds singing to my fans while playing the harmonica. Entertaining the audience with southern hospitality is how I keep them involved in the music. I want them to enjoy the show and keep coming back for more!

Each booking request may go through my website, email or my management Right Way Entertainment. The fee structure is based on the venue size and the estimated number of people who will attend. A venue’s budget is also taken into consideration when determining the cost of each show. The cost of travel, food, and lodging is included with any amount quoted. With every performance there is a contact drawn up for myself and the particular venue. There is a performance schedule which allows the venue to see the songs I plan to perform, the length of the performances and any requirements for myself or my band.

Promotion is a very important part of my career as an artist. Social networking has become an integral part of my career as it has allowed more people to become familiar with my work as a performing artist. Through Facebook and Twitter, audiences are provided with information about each show and upcoming events that will occur such as new CD releases, television performances and interviews. I also utilize YouTube to show people my talent through past performances.

In addition I use this form of networking to publish newly released music and update fans while I am on the road.
My local publicist is Brinda Willis and I also use Betsie Brown of Blind Raccoon as my national publicist. Getting the word out about my music is my main goal. I am often seen using flyers and posters to share upcoming performances and new information about myself and my music.