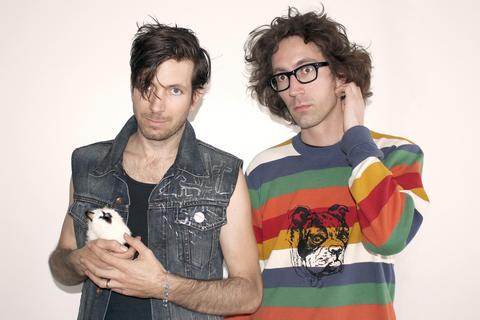 Filip Nikolic and Jeffrey Paradise are good friends who are inspired by California, mezcal, dancing, good food, and friends. Filip is a Danish producer now living in LA who plays bass in Ima Robot; Jeffrey throws the infamous Blow Up party in San Francisco and used to be in the hardwave band the Calculators with Luke and Vito from the Rapture. Poolside’s debut single “Do You Believe?” was charted by Todd Terje, Dimitri From Paris, and The Magician, and Dazed & Confused praised the song for its “pop-tinged disco, brimming with optimistic vocals and retro acid synths,” while NME lauded its “supremely casual decadence.” “Take Me Home,” Poolside’s second song to be released, was the first song on Aeroplane’s In Flight Entertainment compilation. Poolside’s debut album ‘Pacific Standard Time’ was released July 2012.