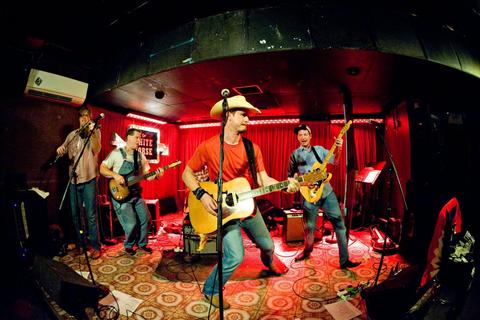 Listen to Riding Too Long

In 2010, Them Duqaines hit the streets again after a five year hiatus, and have just released the 10 song, instant beer-joint classic, "The Duqaines".
Since then, they’ve brought their original brand of tough-as-nails country music to the honky-tonks, dancehalls, and beer joints all over Texas.

High energy live shows aside, Them Duqaines is defined by their original material. By emphasizing their own music through continuous writing, rehearsing, and recording, they have developed their own sound which sets them apart. Every member writes songs and sings and this brew is evidenced on "The Duqaines"