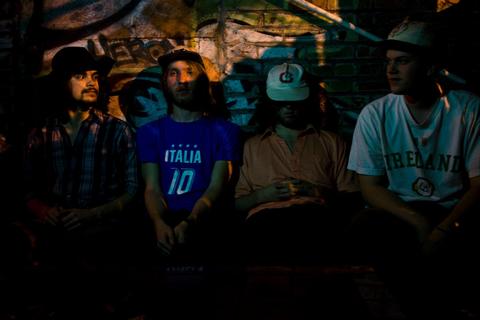 Born from the rolling thunder of the Tennessee mountains, and once spread across the tri-state area, NEW MADRID is glad to finally call Athens, GA home. The band, settled in a big red barn just outside of Athens, are taking the southeast by storm. Drawing heavy influence from alt-country and noise rock alike, these young Athenians create captivating soundscapes, both tastefully dense and uniquely expansive. With reverb drenched vocals and harmonies that soar and echo over a lush and textured musical patchwork, NEW MADRID seamlessly evolved from bedroom project to polished quartet. They are now rightfully considered one of the brightest up-and-coming talents emerging from Athens' dense and storied scene.

Fresh off their release, the band has been steadily touring the southeast with a head of steam. Combining their voracious appetite for writing and recording with their high energy live performances, this ship shows no sign of slowing.

NEW MADRID has its eyes set on tearing a hole right down the middle of good 'ole USA.