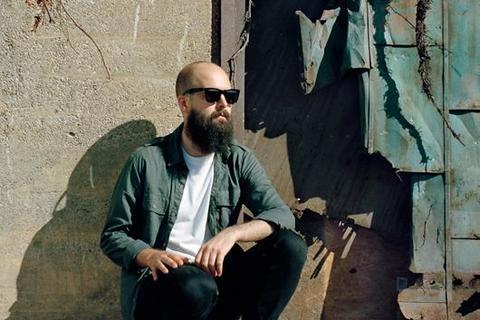 In the past year, Brooklyn DJ/producer Dre Skull has done an incredible amount. He executed and produced an entire album with dancehall superstar Vybz Kartel; called Kingston Story, the record shot to the top of dancehall charts from iTunes to island radio. He was tapped by Major Lazer to help produce the upcoming Snoop Dogg album, recorded in Jamaica, Los Angeles and New York. Somewhere in the midst of this madness, Dre Skull found time to release singles with dancehall heavy-hitters Beenie Man and Popcaan, and soca chart-topper Machel Montano. The next few months will see the release of another Dre Skull riddim featuring some of dancehall’s biggest names, followed by a single with rapper-of-the-moment Pusha T.

Few producers so effortlessly travel between the worlds of hip-hop, dancehall, and electronic dance music, but Dre Skull creatively connects the dots between various elements of urban underground music and culture. In the tradition of Rick Rubin and Don Was, he’s a producer who sees beyond categories, creating clever combinations that push musical boundaries while also moving the dancefloor. Raised in the East Coast’s underground freakout punk scene (alongside the likes of Lightning Bolt and Paper Rad), Dre Skull has developed a unique aesthetic that mixes high conceptualism with pop accessibility – it’s a vibe that has made the world’s tastemakers sit up and take notice.

Dre Skull has been featured by magazines such as XLR8R, Clark, Fader, Tsugi, and Vanity Fair, and his music has been championed by DJs including Annie Mac, Sinden, Switch, Drop the Lime, Diplo, Stretch Armstrong, Max Glazer and Hot 97’s DJ Enuff. He continues to hone his craft and up the ante, whether traveling to Kingston to work with the hottest up-and-coming reggae stars, jetting to Japan to play the latest super-club, or working with the industry’s hottest top-liners in New York and L.A.

The perfect realization of Dre Skull’s singular vision is his Mixpak Records label. Founded in 2009, Mixpak is an outpost for Dre’s original productions and the work of respected artists from a variety of scenes. Just a short sampling of Mixpak’s roster includes Dirty South rappers Lil’ Scrappy and Sissy Nobby; Japanese all-girl punk band Hard Nips; tropical bass producers Poirier and Schlachthofbronx; and cutting-edge house dudes Dubbel Dutch and Mele. With a legion of projects planned until the end of the year and exciting new signings and remixes in the works, the mysterious Mr. Skull has many more surprises up his sleeve. Tune into the magic.