Cody Canada and The Departed 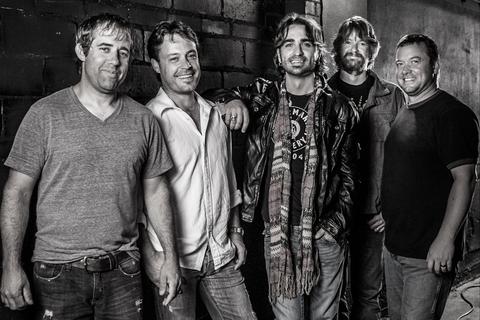 Listen to Worth The Fight

ADVENTŪS is the Latin word for arrival. And so Cody Canada and The Departed emerge with their first original album. Upon the disbanding of Cross Canadian Ragweed, The Departed took root; Cody Canada and his long time Ragweed band mate, Jeremy Plato on bass and vocals, with Seth James on guitar and vocals (Seth James Band, Ray Wylie Hubbard), Steve Littleton on B3 organ and keys (Live Oak Decline, Stoney LaRue & the Arsenals, Medicine Show) and Chris Doege on drums (Seth James Band, Nashville touring acts). The band members had spoken reverentially of each other’s musicianship before getting together almost two years ago. But make no mistake; Adventūs is anything but a relic of the past. It rocks hard, it burns in the Southern sun, and it represents a new era of creative growth, tapping into the eternal emotions and sonics that have informed the great American musical styles from the start.

The Departed are excited to be playing together, stoked about the new beginning that Adventūs, their first studio album of original material, provides. This is the follow up to last year’s Oklahoma homage, This Is Indian Land, which celebrated seminal Red Dirt writers' music. Putting an album out of cover material provided the time for the band members to start melding an ethos of their own. The Departed continues to hit the road in anticipation of the release of ADVENTŪS in the fall of 2012. It is time for the arrival of The Departed.