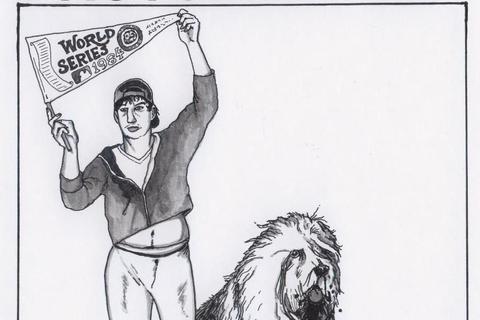 Protomartyr is from Detroit, Michigan USA. Formed in 2010, their debut LP "No Passion All Technique" was recently rereleased on Urinal Cake Records.

"Joe Casey is a bilious conversational singer/barker in the tradition of Mark E. Smith and Chris Thomson (Circus Lupus, The Monorchid, Skull Kontrol, Coffin Pricks, etc.). The last band to ride a wave like this with such aplomb was probably Eddy Current Suppression Ring, and their prodigious offspring. Protomartyr, at times, bears a resemblance to those cantankerous Aussies, as well as The Fall and Thomson’s aforementioned groups. A band capable of serviceably capturing the spirit of any of the aforementioned would be worth noting, but the truly impressive thing about No Passion All Technique is that it doesn’t simply focus the laser on any one point; instead, it moves through all those speeds convincingly without coming off as a tourist, while staying well enough within the Venn diagram to hold it all together. This is one of the first things I’ve heard that really holds its own with what the Australians are offering up along these lines at the moment."-Dusted Magazine