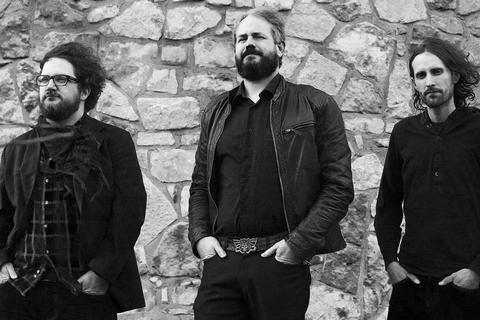 Expo ‘70 is known throughout the experimental psychedelic drone community as being one of the top artists of the genre. The sole project of Justin Wright, he has been making improvisational music under the moniker since 2003 and produced a number of releases highly sought after by music enthusiasts and completest around the globe. Wright’s compositions of organic guitar based drone draws comparisons to Brian Eno, Ash Ra Tempel, A.R. & Machines, Tangerine Dream, SunnO))) and Earth, but not directly sounding like any of those artists in their entirety.

Wright recently completed a successful solo European tour across 11 countries this past Fall sharing the stage and festival bills with Gnod, Hans-Joachim Roedelius, Damo Suzuki, The Silver Apples, Gnod, MV & EE, White Hills and Bill Orcutt. The live shows accompanied by visual media, consisted of Wright sitting indian style in front of a stack of amps, forcing audiences to sit along with him as he builds carefully articulated soundscapes evolving into sonic psychedelic playing, catching waves of electronic pulses and tones.

This past year Wright has formed a trio version of the band that has been playing around the midwest gaining new audiences and exploring new dimensions of sound. Immune Recordings’ Record Store Day double four-way split LP was the first official release to feature the trio line-up. The trio maintains the deep brooding texture of Wright’s sound while delving more into tight locked grooves from the bass and drum addition, sounding like Black Sabbath playing Pink Floyd with the rawness of early Hawkwind.

Wright’s project continues to progress and the releases are far from tapering off as demand is always there for the unique sounds captured from his stack of amplifiers. A SXSW tour with the trio to back a live recording entitled “Virtually from the Unknown” captured from the weekend before Kansas City’s first Psychfest this past May is being issued on Wright’s imprint Sonic Meditations is planned and a handful of festivals are coming up featuring Expo ‘70 along with another European tour at the end of 2013.