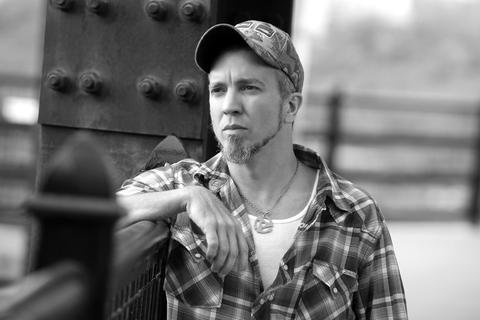 Born into a family with generations-old roots in rural Florida, JJ Grey was raised with a combination of backwoods wisdom and old-school blue-collar values. He heard music at barbeques and in local juke joints, all the while developing a deep love and respect for the land and its culture. Grey’s original songs are inspired by legendary musicians, including Southern rockers Lynyrd Skynyrd, soul greats Otis Redding and Toots Hibbert, country stars George Jones and Jerry Reed, as well as by Grand Ole Opry comedian Jerry Clower. Whether it is a narrative passed down to him from his grandmother or the tribulations of a childhood friend, Grey’s ear for detail rings through in true storyteller fashion.

Debuting in 2001 with Blackwater, following up in 2004 with Lochloosa (both albums reissued by Alligator), Grey steadily built an intensely loyal following. In 2007 Grey released his Alligator debut, Country Ghetto, followed by 2008’s Orange Blossoms, further growing his already large audience. With the release of 2010’s Georgia Warhorse, Grey stepped further into the mainstream with the AAA radio breakout single The Sweetest Thing.

Grey, an avid outdoorsman, is a dedicated fisherman and surfer and holds an honorary position on the board of the Snook Foundation, dedicated to the protection of coastal fish and fish habitat. He has written passionately and articulately about his love for the untrammeled environment of his north Florida home.

After over a decade of hard touring and five studio albums Grey still spends eight months of the year on the road, bringing his music to his loyal, ever-growing, worldwide fan base, laying it all on the line with each and every performance. JJ has played countless festivals, including Bonnaroo, Wakarusa, Austin City Limits Festival, Byron Bay Blues Festival (Australia), Montreal Jazz Festival and Fuji Rock (Japan). Over the course of his career, Grey has shared stages with the likes of B.B. King, The Allman Brothers Band, The Black Crowes, Los Lobos, Jeff Beck, Ben Harper, Lenny Kravitz, Booker T. Jones, Mavis Staples and many others. In 2011 the band invaded the UK, leaving blissful fans and overwhelming praise in their wake. Also in 2011, Grey embarked on his first-ever solo tour, playing packed-to-capacity clubs, getting more personal and up close with his audience.

Grey’s songs have appeared in film and network and cable television programs including House, Flashpoint, Crash, Friday Night Lights, The Deadliest Catch and the film The Hoot. In November 2009, JJ wrote his first film score for the critically acclaimed, Emmy Award-winning documentary The Good Soldier that appeared in theatres and on Bill Moyers Journal on PBS. In 2010, Grey played piano, sang and contributed a song (The Wrong Side) to Buckwheat Zydeco’s Grammy-winning Alligator album Lay Your Burden Down.