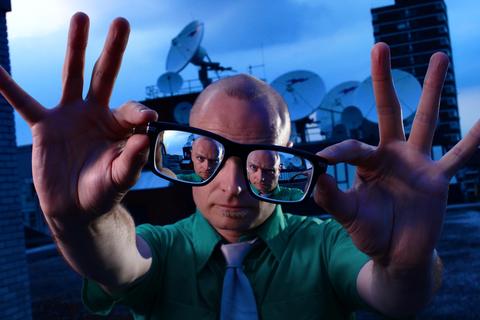 Listen to I'll Form The Head

The original mastermind of Nerdcore Hip-Hop and still its Final Boss, MC Frontalot (nee Damian Hess) takes great pleasure in identifying himself as a professional rapper in polite conversation. Frontalot has released five albums, tours nationally and internationally with his live band (Bl4k Lotus, Vic-20, and The Sturgenius), and was the subject of the 2008 documentary feature Nerdcore Rising.