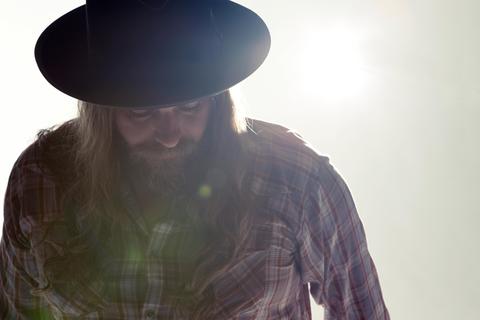 Listen to Wish It Were True

“The White Buffalo” is truly American music that paints a portrait of a complicated yet creative culture. From the struggles and glory of the old West, to the hopes, dreams and sorrows of modern day life, these songs cut deep. With a voice like a freight train and poignant stories that bring smiles and tears, nostalgia and hope, Jake Smith delivers with an honest, natural grace. True American spirit and full on pedal to the metal, The White Buffalo races you down the road and far beyond.

Once Upon a Time in the West (Unison Music/EMI Label Services) is rooted in everyday challenges, on both epic and personal scales, with elements of blues, country western, folk, and classic rock. Traces of storytellers like Bob Dylan, Waylon Jennings, Townes Van Zandt, Elliot Smith, Leonard Cohen, Tom Waits, Bad Religion and Johnny Cash weave their way through the White Buffalo’s music like fire and smoke.

The White Buffalo is currently working on the next LP at the Unison Music studios with Producers Bruce Witkin and Ryan Dorn, the team that brought life to Once Upon A Time In The West. Presently, the track “Sleepy Little Town” is featured in the new film release Safe Haven. Jake’s latest track featured on Sons of Anarchy, The Whistler, as well as a brilliant cover of “House of Pain” (Faster Pussycat) included on West of Memphis: Voices For Justice, the soundtrack to the film “West of Memphis” are also out now. (both available from i tunes). Look for The White Buffalo at a club, pub or saloon near you soon. Live performances are unforgettable, big fun and not to be missed.