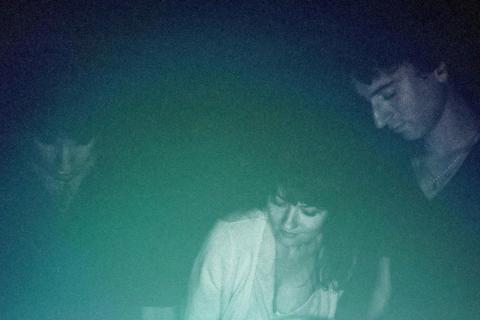 The three friends known as Little Daylight, who peppered 2012 with some of the year’s most infectious remixes, have finally stepped to the fore. Today Little Daylight has debuted their first original song, “Overdose”, alongside its music video.

Little Daylight took some of 2012’s best pop songs and infused them with pulsing beats and a tribal flair. The trio has created official remixes for Passion Pit, Edward Sharpe and the Magnetic Zeros, The Mowgli’s, Temper Trap, St. Lucia, and The Freelance Whales, with more to come.

WHAT FOLKS ARE SAYING:
"'Overdose' may be the most perfect pop song you've ever heard."
-MTV Buzzworthy

"Fans of the new movement of esoteric pop should find a new favorite with this one. It’s glossy, catchy, and full of the kind of thick, radio-ready bass and chirpy, yearning hook that will glue itself to your brain."
-Stereogum

"This is Little Daylight’s debut single, and the trio has found that sweet spot. It’s uncut pop, polished to a shine, this one is instantly lovable. It’s like when you bite into a piece of chocolate and then you realize there’s peanut butter in there and you’re like, “Of COURSE there’s peanut butter in here.” You didn’t see it coming, but it makes sense, and you’re glad it’s there. Good call."
-Pigeons and Planes

"Little Daylight graces us with their first original song and video, “Overdose,” and it’s full of catchy singalong moments you’d expect from a pop veteran. Don’t hit play if you’ve carrying something delicate, because your arms will be up in the air faster than a mug can shatter on a floor."
-All Things Go

“Little Daylight had the honor of reimagining the tune and added both a tribal feel with pounding percussion and a swoaring choral track to fill out the sound. As most remixes, this version is a bit more upbeat and dance worthy, but moreso, it's a full, majestic sound.”
-Prefix Magazine

"Shiny happy people Freelance Whales are so darn joyous in this here Little Daylight electro-pop refit of “Spitting Image” that our critical snark-o-meters have totally shut down. Nothing but compliments from us on this ice cream sundae remix, topped with rainbow duets, handclapping stomps, shimmy pop harmonies and buoyant synths."
-RCRD LBL

"Little Daylight, everyone's favorite dream-poppy remixers (and whose identities remain a mystery), have just released another one of their highly-sought after tracks. This time it's Queens indie-rockers Freelance Whales who get the Little Daylight treatment on the track "Spitting Image", off of their most recent album Diluvia. You can grab this marvelous track below, and be sure to be on the lookout for more official Little Daylight remixes (from some more artists that you know and love) in the coming weeks, and for some original tracks to be released in a few months."
-Earmilk

“Oh lordy lord, if only the new Edward Sharpe sounded more like this song! Little Daylight’s remix of “Man On Fire” is absolutely fantastic, taking the original to a whole new and improved level. To be fair, Edward Sharpe’s camp clearly recognizes the quality here — they’ve released the track officially. Hope you enjoy the listen!”
-Indie Shuffle

“Edward Sharpe & The Magnetic Zeros share this excellent remix of “Man on Fire,” the lead single from their recently released sophomore outing Here. Little Daylighttake the agreeable folk-pop ditty and elevate it to an effervescent Florence + The Machine-like choral. It’s always so very satisfying when a remix outshines the source material on an every level (and we ain’t just talking about on the dance floor). The best part? You can download it for free.”
-Pretty Much Amazing