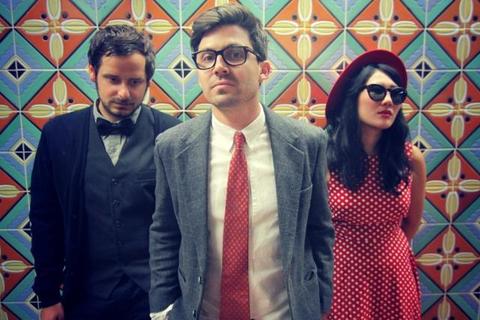 Listen to My Machine Gun

All of us struggle. All of us experience pain. All of us feel frustration and confusion. Every single one of us carries the weight of fear, hope and loss. As a result, many of us become living, breathing, overloaded, counterweight backpacks. This is the daily thought process of songwriter Joshua Hanson, son of a lounge-singing mother and a theatrically trained father, who in turn became the genetic catalyst of their combined melancholia. Hanson compels us to look within ourselves for the truth, guiding us as we navigate through our own deepest personal relationships while allowing us to relate to the complexity of where he’s coming from.

Growing up in Yellow Pine, Idaho and eventually relocating to Southern California, Joshua began writing and performing under the solo acoustic moniker, Yellow Red Sparks. He quickly grew a passionate local following and self released an EP on iTunes entitled, "Simply Put ME In YOUR Place”. Since then he has added Goldy (drums and vocals) and Sara Lynn (upright bass, piano, vocals and banjo) as full time members and together, they take Hanson’s songs of heartache and make us want to fall in love.

The band released their first full-length record Yellow Red Sparks on January 29, 2013 which was produced by Ted Hutt (Gaslight Anthem, Lucero, Flogging Molly), mixed by Grammy award winner, Ryan Hewitt (Avett Brothers, Red Hot Chili Peppers, We Are Scientists), and mastered by multi-Grammy award winner, Brian Lucey (The Shins, Sigur Rós, The Black Keys). On record, the trio successfully weaves the bare roots of songwriting, the rich harmonies of choir and the symphonic arrangements of old film to create a cinematic texture of their own.

With a strong emphasis on lyrical content, Yellow Red Sparks create music with a timeless feel and continues the tradition of providing an open and honest perspective to raw universal emotions that come with the everyday trials of life.