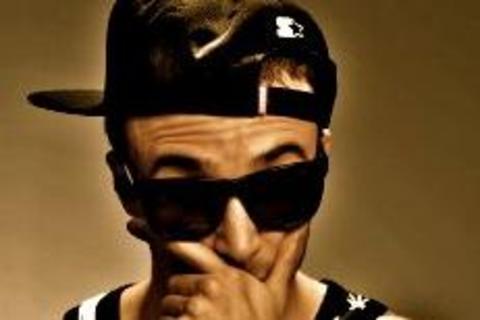 Christian Webster, commonly known as “Chris Webby,” is a 24
year-old hip-hop artist from Norwalk, CT that has been deemed an
innovator and pioneer of new school hip-hop. Webby, first began
honing his lyrical abilities in middle school, and soon
realized that rapping could become more than hobby.
Entering college, word of Webby quickly spread,
becoming known for free-styling at local events and
selling mix-tapes out of his trunk.

Over the past few years Webby has developed a grass
roots fan-base of over 140,000 people in the US. Webby’s
hard work and dedication to his craft has resulted in six
mix-tapes, where he succeeded in crashing the website
datpiff twice. He dropped his debut EP, There Goes The
Neighborhood, on 12/1 which hit #1 within 24 hours
on the iTunes hip-hop charts. Within the first week the
Nielsen SoundScan and Billboard charts revealed Webby
as the #1 Top New Artist, There Goes The
Neighborhood debuted as the #8 Rap Album, #101 on
the Billboard Top 200 and #13 on the Billboard Top
R&B/Hip-Hop Albums.

Over the summer, Webby hit the road for a nationwide tour where
he sold out shows all over the country, including Highline Ballroom
in New York and the Key Club in Los Angeles, which further
solidified him as a major contender in the music industry. Webby’s
talent is undeniable as he has collaborated with some of the best
names in hip-hop including: Mac Miller, Joell Ortiz, Big K.R.I.T,
Statik Selektah, Freeway and Gorilla Zoe, and has performed
alongside: Lupe Fiasco, Sean Kingston, Jadakiss, Joe Budden, Styles
P., Curren$y, and Immortal Technique.
As part of yet another national tour, Webby attended the
international music conference SXSW in March 2012, where he

Chris’ unstoppable work ethics and his honest commitment to
hip hop attracted the attention of key players within the Urban
community, which led, eventually, to a series of important
collaborations.
The final result was Bars On Me, Webby’s latest effort,
spearheaded by mixtapes’ king DJ Drama. Chris Webby’s first
Gangsta Grillz dropped on October 1, 2012 on Datpiff.com; the
project features guest appearances by Bun B, Method Man,
Prodigy of Mobb Deep, Kid Ink, Jon Connor and more. The
download reached Platinum status (100K plus) within the first
week of release and immediately spread across the internet;
the mixtape was featured on the most significant hip hop sites,
including Rapradar.com, Complex.com, Nah.Right.com,
DJBooth.net,
Allhiphop.com,
Vibe.com,
XXL.com,
TheSource.com,
2DopeBoyz.com,
HipHopWired.com,
SmokingSection.com and many, many more. The video for
the track “Wait A Minute” featuring Bun B and Kid Ink was also
added to MTV Jams and MTV 2’s playlists in October 2012.