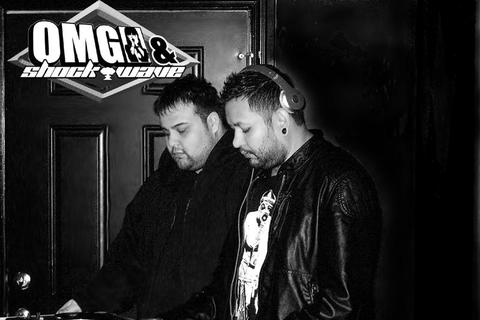 Brothers Juan Conchas and Fernando Conchas, known as the Electronic Dance Music duo OMG & ShockWave. Started their musical careers back in 2004 producing Hip Hop and Pop music as the Production Duo (Ace and Wan-C "Justbeatz") . After getting signed to T-Town Music / Universal Republic in 2006 & producing Big Tuck's hit single "Not A Stain On Me" which landed on Billboard Charts in 2008 , then discovering and landing a deal for young rap group "Wide Up Boys" to Koch E1 & Releasing their smash hit single produced by the brothers "iWork" in 2010 , they decided to go back to their roots of Dance Music after discovering Dubstep , Electro House and Drum & Bass in 2007. The transition to heavy bass music was easy and not so much a step down in intensity, but a slide into a world with spectacular tools to mix dense layers of music in new ways. OMG & ShockWave was formed in November 2011 starting all over from the ground up and have been receiving masses of great feedback, OMG & ShockWave's sound is energetic, intense with aggressive Intricate melodic orchestration with underlining highly technical synth-work and perfect vocal-modulation.”

With that target in sight, 2011 was a smashing first year; the momentum began in November, and overflowed on all social and EDM music blogs / websites. A standard was set with 2012's "Code X", their first E.P. getting masses of great feedback

Having become known across the USA for throwing a aggressive live show with unmatched energy and only the heaviest bass music, OMG & ShockWave reputation stands as being one of the promising and break out production teams in the scene.