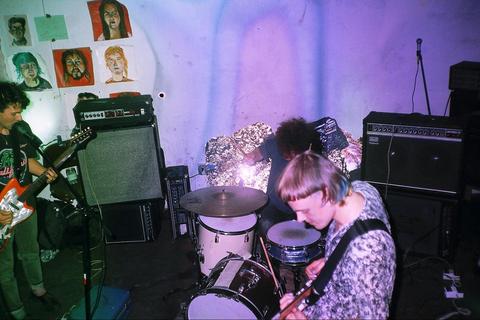 They’re from Olympia, Washington, their guitars sound dragged through wet waste and they don’t give a fuck about their Internet presence. Grunge might be an apt way to describe Naomi Punk, but it leaves a lot of the band’s corners unlit. For one, their vocals have a schoolyard chant quality, like a broken Kate Bush record. Last year’s full-length, The Feeling, was re-released on trendy pan-indie label Captured Tracks in November 2012, after multiple do-it-yourself CD-R releases had bolstered its punk cred. This is not a group that fits easily into a box—or a five-minute video. [ML]