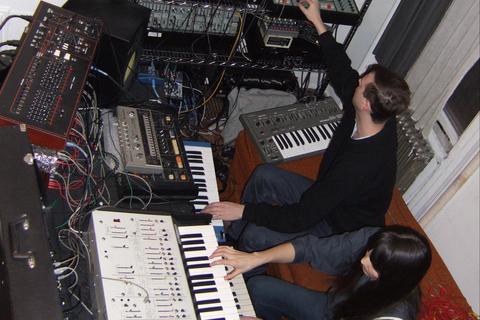 Xeno and Oaklander are a minimal electronics girl/boy duo, and they are based in Brooklyn, NY. They began writing music and soundtracks in 2004. Miss Liz Wendelbo is French / Norwegian and Sean McBride is from Maryland. They record their songs live in their Brooklyn studio and play analogue synthesizers and instruments exclusively. They have toured Europe and the US numerous times, and they play extensively in New York in music venues, lofts and festivals. They have also performed at SF Moma, PS1 Warm Up, Miami Art Basel, the Zürich Kunsthalle and the New Museum in New York. Sean McBride has created original music for artists Annika Larsson, Jonah Freeman, Annee Olofsson and Dara Birnbaum. Xeno & Oaklander have recently scored a soundtrack for artist Fabian Marti. Their latest Remix is for British legend John Foxx and the Maths.