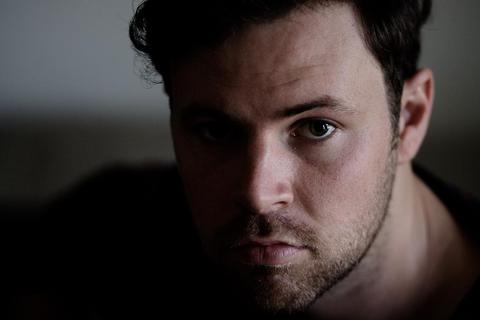 Listen to She's Got A Boyfriend

Jack Carty failed in love, and he will tell you the truth about that, but it seems to be working for him. At just 25 years of age he has released two critically acclaimed albums and one E.P. Made “Album of the Year” lists for both 2011’s “One Thousand Origami Birds” and 2012’s “Break Your Own Heart”. Toured with the likes of Josh Pyke, Matt Corby, Katie Noonan, Husky, Ingrid Michaelson, Brett Dennen and Joshua Radin both nationally and on foreign shores, taking in festivals from Woodford, Peats Ridge, Nannup, Mullumbimby Music and Playground Weekender to Canadian Music Week along the way. And even picked up a MusicOZ award whilst having songs used in TV shows from Covert Affairs to Packed To The Rafters. A little honesty goes a long way.

Released through Gigpiglet Recordings / Inertia in April 2012 Break Your Own Heart sees a darker, more dynamic turn in Carty’s song writing coinciding with a year that was, in the words of the man himself: “Simultaneously one of the best and worst of my life.” From the rolling guitar line of opening track “The Length Of Canada” (co-written with Grammy Award Winning Songwriter Dan Wilson), through the gritty directness of “Everything, Unhappily”, the immense longing of songs like “Travelling Shoes” and “She Loves Me” to the ironically upbeat swagger of “She’s Got A Boyfriend” Break Your Own Heart is a stunningly unified, moving and thoughtful collection of songs that effortlessly captures a time and place in a young man’s life. A time and place most of us can relate to:

“When I think of the year 2011 in the future I am sure I will overwhelmingly remember airports, highways, train stations and other people’s couches as we toured the first album. Break Your Own Heart is about that. Not the travel necessarily, but about giving up a lot in one area of your life in order to try and achieve your goals in another. I think that is a crossroads most people come to at some point along the way”, Carty explains.

Since its release things have only gotten busier with Break Your Own Heart reaching #8 on the iTunes Australia Singer-Songwriter Chart and #15 on the Australian Independent Records chart, spawning an ever-growing, constant stream of headline shows all over Australia, whilst earning 4 star reviews from the likes of The Sydney Morning Herald & The Weekend Australian. A little honesty goes a long way.