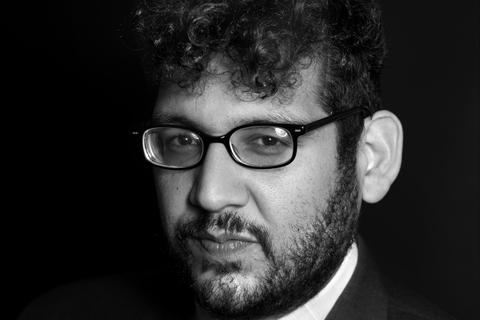 Listen to Can't Seem To Forget

“And they were all filled with the Holy Ghost, and began to speak with other
tongues.”

Back in the ‘70s and ‘80s, one of the highest compliments you could pay a rocker was
to say that he or she “had a lot of soul.” That was the lodestar that led on the Stones,
Led Zeppelin, and Doug Sahm.
That ideal has been under assault since the 1990s, and the sounds of Blackness have
been hard to come by in the music of non-Black performers, so hard that their
absence was famously and lengthily lamented by New Yorker critic Sasha FrereJones five years ago.
After six raucous Arcade Fire singalongs in a row, and years of concerts in a similar
vein, Frere-Jones wondered in the ensuing article "A Paler Shade of White": Where
was the swing? The empty spaces? The palpable bass frequencies?
Nowhere, because, as he noted in the article’s subtitle, indie rock had lost its soul,
the churchified intense emotionalism and rhythmic structures that had birthed it in
the late 1940s and early 1950s and nourished it for decades thereafter.
Grandfather Child is a band that speaks with other tongues – the old original
mother tongues of rock and roll. The thundering, jubilant dialects snatched from the
heavens above, the ones that scared old people in staid, starched 1950s America. The
ones that had bourbon-sipping, Lucky-smoking parents convinced that their
hypnotized children were under the sway of demonically possessed jungle music and
soon to succumb to Commie brainwashing.
Few 1950s artists scared square America more than Little Richard and Jerry Lee
Lewis, two wild-eyed products of the Southern Pentecostal church, both of whom
infused their music with the wild raptures of their childhood Sundays.
While their sound is shot through with many a wild rapture and mighty-flowing
passages of hands-in-the-air elation, Grandfather Child is no hidebound roots-rock
band. Theirs is a refreshingly contemporary, modern update on rock and roll’s
Pentecostal essence.
On its journey from the source, their train has picked up swirling psychedelia, blues
and bluesy metal, sumptuous neo-soul, snatches of twang, and modern Black gospel.
Most of all, thanks to vocalist/steel guitarist Lucas Gorham, the band is suffused
with sacred steel, the jubilant form of gospel spotlighted in the 2000s by Arhoolie
Records and brought to the mainstream by Robert Randolph. (Not to mention
resolutely unsecular and artistically more significant artists such as Calvin Cooke,
the Lee Boys, and the Campbell Brothers.)
Grandfather Child biography (cont’d)
Backed by all-stars of the resurgent Houston music scene in multi-instrumentalists
Ryan Chavez and Geoffrey Muller, Grandfather Child’s expansive sound travels
from the blues-y Bourbon Street-meets-the-British Black Country of the sludge
metal, shrieking-steel dirge “New Orleans” to the rare lysergic air at the boogie
mountaintop of “…Gonna Have Ourselves a Vision.” Muller’s hillbilly banjo mantra
kicks off “I’d Like to Thank the Universe / Planet Earth,” and after traversing some
clouds of Gorham’s steel guitar joy, the song culminates in a prodigious Hendrixian
apocalypse. The call-and-response rave-up “Ride That Train” is an express to Sacred
Steel Valhalla; far better to buy a ticket and hop aboard and enjoy the ride than to
try to stand in its way.
As adept as he is at wailing and shredding, Gorham is equally adept at stateliness
and majesty in both his singing and playing. Grandfather Child is at its most lush on
mid-tempo, Rhodes-adorned, string-laden babymakers like the swellingly anthemic
“Across Our Minds,” the spring-shower of purple rain that is “Can’t Seem to Forget,”
the funky Philly-style strings-meet-harmonies of “Magical Words,” and the utterly
lovely (and utterly well-sequenced) album closer “It Shines On.”
There’s an earned authenticity at play in Grandfather Child’s soul. Gorham has
played in modern black gospel bands in inner-city Houston for several years, and
between sessions and rehearsals, Houston’s lively urban contemporary and gospel
radio stations riveted the entire band. Grandfather Child’s music is a sound created
by immersion, not emulation. That experience also suffuses the band’s legendary live
shows, spectacles equally to the world and to the angels and to men and women.
When music is performed just right, with fervency and ecstasy, it really is the next
best thing to heaven. It can make a man feel stronger, and a woman feel more
natural. It will yank you out of hell and all the way to paradise, so long as you give it
a little bit of soul.
– John Nova Lomax